Delta Property Fund today announced that it has concluded agreements to acquire a 17.75% stake in Ascension properties, and has received letters of support from institutional investors, which together effectively secure Delta a major 41.40% investor voting bloc in Ascension. 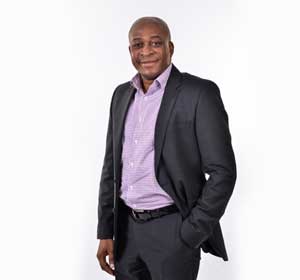 Sandile Nomvete, CEO of Delta Property Fund, says: “The acquisition provides Delta with a strategic stake in Ascension and supports Delta’s stated objective to ultimately acquire 100% of the issued share capital of Ascension.”

Delta has received letters of support from certain institutional investors, who hold some 23.65% in aggregate of the total number of Ascension linked units in issue, to support Delta either by way of a proposed scheme of arrangement in terms of section 114 of the Companies Act 71 of 2008, or any other transaction structure which supports Delta’s stated objective.

Nomvete adds: “While this isn’t the straightforward transaction that Delta had initially anticipated by having Ascension Property Management Company as a conduit, we are confident that consolidation remains beneficial for Delta’s linked unitholders and an appealing opportunity for Ascension’s linked unitholders.”

Delta and Ascension have excellent synergies. Both have excellent BEE credentials and both are chiefly invested in office buildings with long-term government leases in key economic locations. “Delta is in an excellent position, with a strong management team, to take Ascension’s assets forward.”

Nomvete has advised that, while Delta sees the Ascension Manco as an unrelated transaction, it is considering its legal position with regards the concurrent sale of the Ascension’s Manco to Rebosis Property Fund.

“Our acquisition of the Ascension linked units will be yield enhancing for investors and is an important step in securing the full capital of Ascension. It supports Delta’s growth strategy,” says Nomvete.