In 2014, as was the case in 2013, the fortunes of the South African property markets will once again be inextricably linked with the country’s economy and other markets, which means that, in the interim, local property will not enjoy the same uptick that’s becoming apparent in some global property sectors. 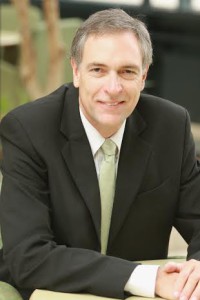 Frank Berkeley, Managing Executive of Nedbank Corporate Property Finance (NCPF) explains that, while the current rand weakness could have translated into massive opportunities for SA’s economy to benefit from export, the ongoing production challenges faced by a number of industries means that the country remains largely unable to leverage those opportunities to sustainably improve its economic position.

On the positive side, however, Berkeley points out that despite a very challenging 2013, Nedbank Corporate Property Finance enjoyed a consistently strong performance characterised by a number of excellent financing opportunities– and he is confident that 2014 should offer similar opportunities.

Even a cursory glance at the Nedbank Corporate Property Finance book reveals the quality of clients and deals enjoyed by the business despite the difficult operating environment. In fact, NCPF closed some of the biggest deals ever seen in South Africa over the past year, including the R1,7bn Baywest Centre in Port Elizabeth, the R1bn Mthatha Mall and the massive R3bn Mall of Africa development.

Berkeley is confident that, while 2014 is stacking up to be just as challenging for South Africa’s property sector, there will still be opportunities available to those who are willing to work for them, albeit fewer than would have been the case had South Africa’s economic fundamentals looked healthier for the year ahead.

“Nedbank’s ability to secure the exceptional deals it did in 2013 is indicative of our understanding of the market, our commitment to fostering and maintaining strong client relationships, combined with our willingness to structure innovative and highly attractive finance offerings,” he explains, “and this combination remains essential for any property finance business that wants to succeed in what promises to not only be a challenging 2014, but competitive too.”

Berkeley explains this assertion by pointing out that one of the most significant challenges of 2014 has less to do with economic and market fundamentals, and more to do with the fact that the South African property finance sector has, and will continue to become extremely competitive.

“While some quality property deal opportunities will almost certainly come up in the next 12 months, the number of quality finance houses vying for these deals will mean that developers will have more choice than ever before,” he explains, “and they will make those choices based on far more than price competitiveness alone.”

At a sector-specific level, Berkeley says that there is no particular area that has the potential to stand out from the rest in 2014. He does, however, express particular concern about the potential for office vacancies to increase notably in the coming years. This is on the back of the ongoing consolidation trend that is seeing increasing numbers of large organisations constructing their own, centralised buildings into which they are relocating many of their staff that were previously housed in leased offices.

“While this is by no means a new trend,” he explains, “without evidence of sustainable economic recovery and growth in South Africa, it may become cause for concern due to its potential to drive relatively uncomfortable levels of long-term office vacancies in some parts of the country.”

Unfortunately, despite talk of IMF upgrades for South Africa’s GDP this year, Berkeley cautions against placing too much stock on this so early in the first quarter, and he isn’t overly confident that the economic growth required to create sustainable improvement in commercial property, and indeed all SA markets, is likely to be on the cards anytime soon.

“However, despite this somewhat bleak outlook, it’s definitely not all doom and gloom for SA property this year,” he emphasises, “and while the challenges may be significant, Nedbank Corporate Property Finance has consistently proven in the past that challenges often present smart investors, developers and finance providers with the potential to create valuable long-term opportunities.”