Ankerdata who have been working closely with the operations team at Hotel Verde and BON Hotels on the property management System protel for the green hotel may very well be able to claim a world first in hospitality software technology. This is indicated by the recent successful introduction of their software interface into Hotel Verde’s building management system. 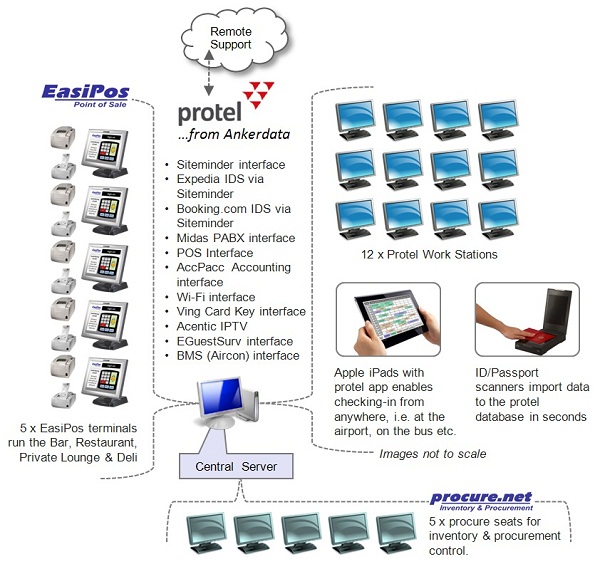 Faced with the challenge of measuring sustainable practices, their software developers have successfully developed a monitoring system that measures the air-conditioning usage of each room at Hotel Verde. Sparked by the idea of Mario Delicio, owner of Hotel Verde, the system is linked to the complex building management system, designed specifically for the needs of the hotel. This in turn interfaces with the property management system, protel. The result is that upon guest check- in, the system not only activates the electronics but also monitors usage of the air conditioning unit in that room.

Guests of Hotel Verde are incentivised to behave in an eco-conscious manner through “Verdinos”, which is a credit and reward system. They are rewarded for using the power-generating gym equipment, re-using their towels, and saving on electricity. If the guest does not use the air conditioner within a 24-hour period, the system will automatically post a credit on the account as part of the hotel’s incentive program.

The brief and specification was simple: to monitor the amount of air-conditioning use per room. Within 7 months Ankerdata had researched, and in conjunction with Austrian software developer Automation Next, developed and coded the system into the hotel. Protel Germany felt this was such a significant step in technology, especially where sustainable practices are concerned, that they agreed to implement the system as a world first (to their knowledge) at no extra cost to the client. The system was tested in Germany, applied to the hotel’s building management system and, as a result of a seamless installation, went live within 2 weeks.