Redefine International P.L.C., which is dual listed on the London and Johannesburg Stock Exchanges, announced that it intends converting to a UK-REIT and internalising its management function. 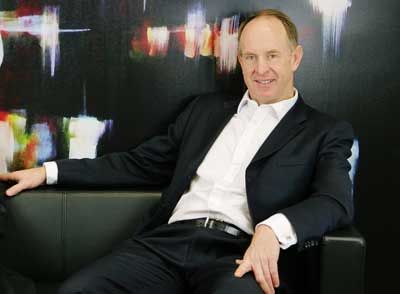 By bringing its management in-house, Redefine International will unlock the next stage of its corporate restructuring, culminating in a conversion to UK-REIT status. The transaction, which is subject to both SARB and Shareholder approval, is expected to complete on 3 December 2013.

Commenting, Mike Watters, CEO of Redefine International Group, says: “We’re pleased to have reached another important milestone in our stated objective of simplifying the corporate structure. Our proposed entry to the UK-REIT regime will provide further tax efficiencies to support our ongoing focus on income generation.”

Watters adds: “We are particularly pleased to have agreed the terms of the internalisation which assures the continued management of Redefine International’s assets by a high-quality management team who have been instrumental in achieving substantial progress across the portfolio in the last few years.”

Shareholders will vote on electing UK-REIT status for Redefine International on 29 November 2013 at an Extraordinary General Meeting.

They will also be asked to approve several proposals that satisfy the requirements of the UK-REIT legislation, including the agreement to internalise its management function and changing its tax residency to become a UK tax resident, as well as appointing Andrew Rowell to the board as Chief Financial Officer.

“The transaction will be at least earnings-per-share neutral in the first year and earnings enhancing going forward,” says Watters. “It will reduce ongoing administrative costs and be more efficient in the longer term given the anticipated growth in our portfolio value. It also creates a more transparent management structure and the potential to access capital at a reduced cost, among other benefits.”

“The advantages afforded by the recently enacted UK-REIT legislation, in particular the removal of the 2% gross asset conversion charge, provide an efficient method for Redefine International to convert to a transparent and tax efficient regime,” says Watters.

The REIT (Real Estate Investment Trust) regime is the preferred structure for both UK and international real estate investors. “It will assist Redefine International to gain access to a broader range of investors and cement its place among the elite group of UK midcap stocks.”