In advance of the introduction of the Department of Justice’s proposed Court Annexed Mediation Scheme in South Africa, the Royal Institution of Chartered Surveyors (RICS) has spent the past two years developing a Southern African panel of expert built environment practitioners who are fully trained and internationally accredited in commercial mediation – designed to resolve disputes in the practical and often technical world of the built environment sector. The aim of the proposed government mediation scheme is to encourage a mediation process prior to matters being set down for trial in court. 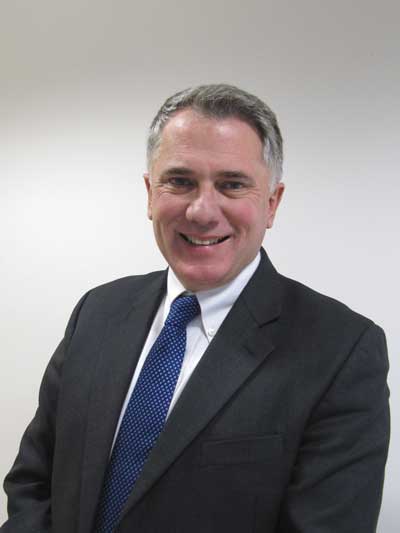 Comments Dr John Fletcher, worldwide director of RICS Dispute Resolution Services: “Disputes in the built environment are often very complicated and involve issues at multiple levels which would incur a great deal of time and money to resolve in the courts or through arbitration. The key aim is to achieve a commercially sensible outcome quickly, avoiding lengthy and costly litigation.

“We’ve been careful not to launch the service – now offered via our panellists – in South Africa until we were confident that we had the depth of expertise and geographic spread sufficient to meet the needs of the industry. RICS panellists are mainly senior members of leading firms in a broad variety of fields and with many years of practical experience, and all have been equipped with internationally accredited mediation skills focused on moving the parties to a sensible and commercially viable settlement.

“Our mediators will not usually give a judgement or tell the parties what to do. Instead, they bring their enormous expertise and experience to bear in helping parties gain a detailed understanding of the strengths and weaknesses of their positions and in so doing, help facilitate a rapid, practical solution. If the parties are unable to settle and want the mediator to provide them with a binding or advisory opinion, this can be done, as long as both parties agree. ”

He says the approach RICS takes to built environment mediations internationally is to match highly skilled and experienced people to a particular dispute, so that at the end of the process the parties have either settled, or come away with a clear understanding of what will happen if they go on to court or arbitration. “This allows for a narrowing of issues, which in terms of court time saved usually pays the costs of the mediation many times over. In accordance with RICS’ ethical standards, the panellists’ fees are reasonable, transparent and determinable in advance.”

Dr Fletcher says awareness of the local RICS built environment mediation panel already is increasing exponentially and in recent months its training and dispute resolution service has been approved/ accredited / validated by:

· The South African Council for the Property Valuers Profession (SACPVP)

RICS also maintains close links with the South African Institute of Valuers (SAIV) and many other professional bodies in the country.

RICS endorses and is a member of DiSAC, The Dispute Settlement Accreditation Council of South Africa, the voluntary association of the major dispute resolution service providers responsible for formulating the rules for the mediation sector and regulating the provision of mediation training and the accreditation of mediators. RICS panellists are therefore also DiSAC accredited mediators.

Continues Fletcher: “We have recently been approached regarding appointing qualified mediators from our newly formed panel of experts to help resolve a number of important issues in South Africa. While these are confidential in nature, they include an infrastructure development valuation matter from a large local authority on the recommendation of the SACPVP; and by one of the metropolitan municipalities in one of the largest mediations ever in South Africa, with the figure in dispute in excess of R40 million. We have also received the support of the Johannesburg Metropolitan Municipality and have been in discussions with Standard Bank, Absa, and the Departments of Public Works, Infrastructure and Land Affairs.”

With offices in Johannesburg and Cape Town, and well represented by members in major centres and towns around South Africa, RICS was founded in the UK in 1868 and has over 100 000 members worldwide. It is the oldest and largest professional organisation for the international land, property, construction and related sectors.

Adds Dr Fletcher: “The primary role of RICS is to preserve and advance professional standards. As governments, commercial organisations and individuals across the globe increasingly demand the assurance of certified standards and ethics, RICS guidance, qualifications and standards set the benchmark in land, property and construction.

For further details of the panel, how to apply to use its services and the RICS internationally accredited mediation training in SA (which leads to membership of the panel) contact Alexandra de Beer, DRS Programme Administrator for RICS South Africa, on 021 9755537 or 076 487 2568 or email adebeer@rics.org or visit www.rics.org.