Redefine International today reported full year distributable income growth of 18% and a total shareholder return of 58,9% to shareholders for the year to 31 August 2013. 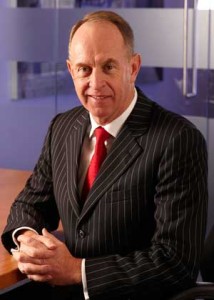 Redefine International is a diversified income focused property company which holds a primary listing on the London Stock Exchange and successfully completed a secondary inward listing to begin trading on the Johannesburg Stock Exchange this Monday (28 October 2013). It provides investors with access to solid and economically secure first world property markets in Northern and Western Europe, including Germany, Switzerland and the Netherlands, as well as the fast-growth Australian market.

Michael Watters, CEO of the Redefine International Group, attributes the significant improvement in performance to strengthening the group’s financial position, its enhanced property portfolio quality achieved through acquisitions, disposals and asset management, and its corporate restructuring.

“I am pleased to report another active and constructive period for Redefine International,” says Watters. “We achieved a strong set of results and our long aimed for goal of simplifying the shareholding structure to provide a single company with a dual listing on the LSE and JSE. This makes the benefits of an investment in Redefine International more accessible to South African investors.”

Watters confirmed the next step in restructuring Redefine International is converting to a UK-REIT and internalisation of its management, and it is well advanced in this regard.

“The economic outlook for the year ahead is increasingly positive and we firmly believe that, with an internalised management and industry benchmarked REIT structure, Redefine International is well positioned to deliver strong returns to shareholders,” says Watters.

He adds the benefits of a larger free float and improved liquidity should allow Redefine International to be admitted to the relevant FTSE and EPRA indices in future.

During the year Redefine International completed successful capital raisings totalling £144.3 million and its market capitalisation reached £500 million for the first time. It reported an adjusted Net Asset Value per share increased by 6.2% to 38.66 pence and a notably reduced pro-forma loan-to-value ratio of 56.8%, from 81.7% for the prior year, thanks to its debt restructuring initiatives.

Growing its property portfolio became a focus during the year and it successfully acquired three high quality German shopping centres with a combined market value of €189.0 million. After year end, Redefine International announced it had agreed to acquire Weston Favell Shopping Centre for £84.0 million at an accretive 7.2% net initial yield.

However, he notes uncertainty around commodity markets impacted the Australian Dollar which declined 17.2% against Pound Sterling for the six months to 31 August 2013 which affected the return on the Cromwell investment and reduced earnings by approximately 0.05 pence.

“Redefine International will continue to pursue opportunities to enhance our performance from both an operational and shareholder return perspective,” says Watters. “We will continue to improve the overall quality of our assets and create both strong income returns and long-term capital growth for our shareholders.”