Octodec today announced its financial results for the year ended 31 August 2013. Octodec primarily invests in the retail, industrial and office property sectors, with a growing exposure to residential property, mainly in the Pretoria and Johannesburg CBD’s. During the period, the company also attained REIT status effective from 1 September 2013. 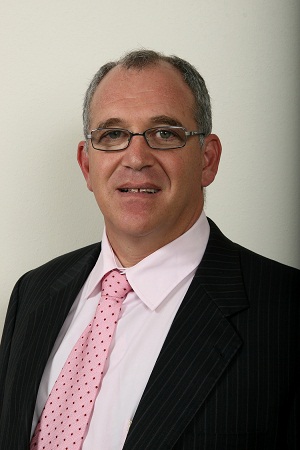 Commenting on the results, Jeffrey Wapnick, Managing Director said; “Octodec delivered strong growth in distributions of 14,8% for the year representing an income yield of 8,3% with a total return of 11,7%. A pleasing result considering the continued pressure on consumers and challenging trading conditions faced during the year.

“These results reflect a well-executed strategy with rental income having increased following a number of value enhancing upgrades and a pro-active approach to letting.”

Rental income and net rental income increased by 10,6% and 7,2% respectively, year on year. The core portfolio, representing those properties held for the previous comparable period, with no major development activity, reflects rental income growth of 6,7%.The increase in revenue was mainly due to contractual escalations, improved letting and an increase in the recovery of utility and assessment rate charges. Provisions and write-offs of bad debt remained at more than acceptable levels of 0,9% of total rental income.

Octodec’s investment in IPS continued to provide strong earnings growth with profits earned from its associate company, excluding fair value gains, increasing 41,4% on the prior year to R24,7 million. The improved occupancy levels achieved during the period at Craig’s Place and at the mixed-use developments of Kempton Place and Tali’s Place as well as a reduction in the cost of finance contributed to the growth achieved by IPS.

Vacancies in Octodec’s portfolio, including properties held for redevelopment, amounted to 13,6% of total lettable area with core vacancies at 8,4%. The performance of Killarney Mall, the company’s flagship shopping centre, was extremely pleasing with vacancies below 2%. Although successful in letting a number of vacant properties, the Company experienced increased vacancies in the office and industrial rental markets due to subdued economic conditions. “An aggressive strategy is being pursued to fill these vacancies, albeit in a challenging market,” said Wapnick.

“We continued with our strategy of enhancing the profitability of the portfolio, by improving the quality of the assets through carefully selected upgrades. A portfolio of offices was also acquired to build on our diversified offering,” continued Wapnick.
Various properties were redeveloped and upgraded during the review period at a total cost of R66.2 million. This includes the completed upgrades of the mixed-use residential property Kerk Street located in the Johannesburg CBD and a 5 233 m² retail development located in the Pretoria CBD, which is occupied by Cambridge, which is part of the Walmart Group, and other retailers.

The Company acquired a portfolio of properties for an aggregate purchase consideration of R140.5 million which consists of offices that are located in well-established office nodes of Persequor Park, Menlyn and Centurion, Pretoria. Additionally the Eloff Ext Mini Units property was disposed of for an amount of R6,65 million.

The redevelopment of Bosman Place situated in the Johannesburg CBD is currently in the planning phase. The property consists of a retail component and 13 000 m2 of vacant offices. The offices will be converted into 225 residential units at a cost of approximately R90 million. The initial yield is expected to be 8,4%.

The Company reported an increased loan to value ratio as at 31 August 2013 of 35,9% of the total value of its investment portfolio. Interest rates in respect of 54,9% of borrowings have been hedged, maturing at various dates ranging from November 2013 to October 2018. The average weighted interest rate of all borrowings is 8,4% per annum, with unutilised banking facilities in excess of R90,3 million.

“Our performance is a result of disciplined work and project delivery, but also due to a clear understanding of the environments in which we operate and possibly a different approach to unlocking value. Our focus has been, and will continue to be, to create maximum value for our unitholders. We believe the bulk of this will come from our redevelopment and refurbishment expertise.

“Looking forward, growth in the local economy is expected to remain subdued. Notwithstanding the environment, and barring unforeseen events, current indications are that the percentage growth rate in distributions per linked unit for the next financial year should be in line with the sector average,” Wapnick concluded.