On Saturday, 28th September 2013, eager customers stood in line for the highly anticipated opening of Wakaberry at Mall of the North. Volpes and the Tobacconist will also open in this super-regional shopping mall before the end of the year and several shops are moving to create easier, more intuitive store groupings.

Mall of the North is a 75,000sqm super regional shopping centre nestled in the heart of Polokwane, Limpopo, with over 180 stores, easy access, generous parking and convenient shopping hours.

Sumari de Ridder, General Manager of Mall of the North, says: “Shopping trends are constantly evolving and we keep a keen eye on what our customers want. With these three new stores, we’re pleased to give our shoppers the very latest in retail concepts, both local and international.”

Wakaberry at Mall of the North

Taking South Africa by storm, Wakaberry Frozen Yoghurt Bar brought its unique interactive self-service, soft-serve, frozen yoghurt to Mall of the North. This fresh, bright, high-energy store serves up only the best 100% real frozen yoghurt, which is super low in fat and accompanied by a delight of toppings and sauces.

Volpes, The Linen Company, will also open at Mall of the North before year end in a 500sqm store. It is the first Volpes store in the province of Limpopo. Volpes is one of the oldest and most respected family-run companies in South Africa and manufactures and distributes linens throughout southern Africa.

The Tobacconist which will open in December next to Jay Jays, will offer a wide range of Cigars, Cigarettes, Tobacco, Smoking Accessories and gifts. 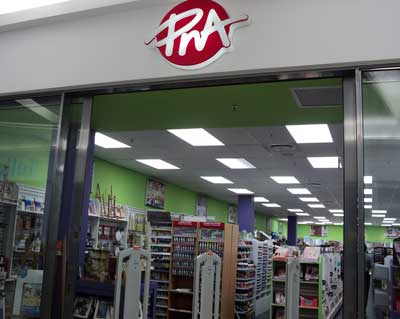 The newly refurbished and colourful PNA opened on Friday, 4 October 2013 at the Mall of the North

“We also look at how our customers shop and group stores to make the best sense for them,” says de Ridder. “To enhance the shopping experience at Mall of the North, we are moving four shops.”

The newly refurbished and colourful PNA opened on Friday, 4 October 2013.