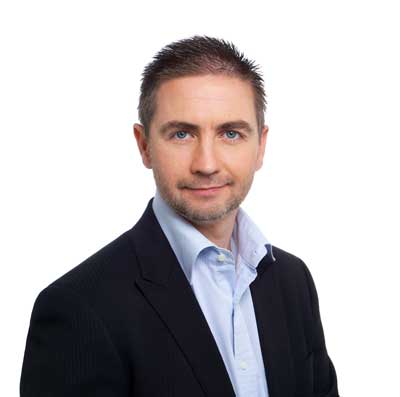 Fountainhead CEO, Len van Niekerk, notes that the distribution for the 11 months is after advisory costs of R12 million which were incurred as a result of the competing offers by Redefine Properties and Growthpoint Properties. After adding back these costs and adjusting for the 11 vs. 12 months, distributions were flat, but in line with guidance. Two strategically important but initially dilutive investments which involved the consolidation of ownership at Centurion Mall and the expensing of interest on the rebuild of 55,500m2 Blue Route Mall, weighed on distribution growth. Also, growth in net utility recoveries was negatively impacted by the reversal of accruals in the prior year that lowered last year’s base.

He adds: “Barring unforeseen circumstances, Fountainhead expects to produce distributable income for the 12 months to 31 August 2014 which will be 16% to 18% higher than this 11 month distribution and, after annualising, this translates into 6.25 to 7.25%.”

First listed some 30 years ago in 1983 with assets of R201 million the Trust has grown by 5.5 times to R11,1 billion in 2013 with 64 properties. Fountainhead’s above average 70% exposure to well-established metropolitan retail shopping centres includes the super-regional Centurion Mall, six small regional and regional malls including the recently rebuilt Blue Route Mall. This is followed by offices at 18%, industrial at 8% and specialised property at 4%.

Fountainhead has experienced a number of significant corporate events since the second half of 2012. Redefine Properties, the sector’s second largest listed fund, acquired the Trust’s management company (Fountainhead Property Trust Management Limited) which was followed by two competing offers to acquire the assets of the Trust by Redefine and Growthpoint Properties, the listed sector’s largest fund. In the end, both offers were withdrawn but Redefine has amassed 49.6% of the units in issue of the Trust and subsequent to the year-end made an offer to acquire another 21,5% of the units in issue – that could potentially take its holding to 70%. It remains the strategy of Redefine to acquire all the assets of Fountainhead.

“Greater focus and alignment between management and the Trust will improve efficiencies and effectiveness,” says van Niekerk. “This is expected to result in savings of approximately R5 million in property management fees in this financial year.”

Van Niekerk adds: “We have defined a bold new strategy to take the Trust forward. We aim to enhance our portfolio and to commence a new phase of sustainable long-term growth in income for our investors. Consequently, Fountainhead has embarked on several development, disposal and acquisition initiatives. While retail remains our core, we will also pursue investments in other sectors where we are able to identify high-quality growing income streams.”

Subsequent to year-end the Trust entered into an agreement to acquire the strategically located CIB office building in Bedfordview for a total consideration of R159 million at an initial yield of 8.15% with a long triple net lease remaining in place.

The Trust’s quality improvement initiative took a major step forward with the near R1 billion redevelopment of the 55,504m2 Blue Route Mall. The mall was completed, 99% let, when it opened in March 2012, with an additional 2,000 parking bays at the main entrance, opened for use in December 2012. Since opening, foot count has risen by an average of 6% year-on-year each month, and vacancies stood at 0.2% of GLA at 31 August 2013.

Fountainhead recently consolidated its ownership of the super-regional Centurion Mall precinct at a cost of R1 billion. The refurbishment of Centurion Mall has supported higher foot counts and contributed to consistent tenant turnover growth. A further R25 million capital improvement initiative includes a 1,000m2 extension and conversion of the existing Fruit & Veg City into a new Food Lover’s Market, measuring 2,500m2. Plans for a further R165 million of expansion and value-enhancing opportunities were approved subsequent to year-end.

Its R94 million refurbishment and extension of the Bryanston Shopping Centre is in full swing for completion in June 2014 and the revised tenant mix is already having a positive impact, as well as the increased convenience from nearly 200 new parking bays and larger Checkers at 4,036m2.

“Fountainhead’s investment in these projects in recent years resulted in an initial income dilution, but enhanced the Trust’s long-term sustainable income and capital growth prospects. Projects at existing centres often involve an element of non-yielding defensive capital expenditure, but are absolutely necessary if we are to keep the centres competitive and enable us to exploit the long-term yield enhancing aspects of the developments,” says van Niekerk.

“Subsequent to year-end the board has approved development expenditure totalling R616 million at three of our key retail assets – Centurion Mall, Kenilworth Centre and Boulders Shopping Centre. We are also having a close look at our 42,000m2 Brightwater Commons property as we believe there are opportunities to address fundamental aspects of the centre. In addition, we are at the advanced stage of concluding two transactions – acquisition and disposal – and hope to soon be in a position to announce details thereof.

“Furthermore, the Trust plans to dispose of a significant number of its smaller properties. This will have operational benefits and improve our focus on the type of quality that excites us and the market.”

Fountainhead began trading on the JSE as a REIT (Real Estate Investment Trust) on 1 September 2013. “Besides implementing our strategy to increase the quality of our portfolio and grow income in the long-term, we’re engaging with regulators, through the SA REIT Association, to consider further changes to Fountainhead’s legal, management and regulatory structure in due course,” confirmed van Niekerk.