Eight of the City of Cape Town’s beaches and two of its marinas have been awarded Blue Flag status. This means that the City once again has the highest number of Blue Flag beaches in the country.

The Blue Flag is a voluntary eco-label awarded annually to over 3 650 beaches and marinas in 44 countries across Europe, South Africa, Morocco, Tunisia, New Zealand, Brazil, Canada and the Caribbean. The City of Cape Town has successfully participated in the Blue Flag Beach programme since its inception in South Africa in 2001. 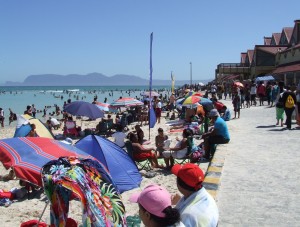 This year the City applied for Blue Flag status for eight of its beaches across the metropole – all of which have been granted this coveted status. This means that the City has the highest number of Blue Flag beaches in South Africa which can be enjoyed by communities from all over the City.

The following beaches have been awarded Blue Flag status for this season, which runs from 1 December 2013 to 31 March 2014: 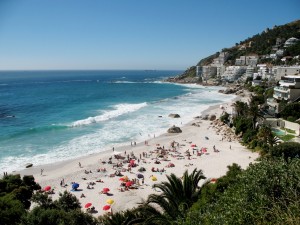 The status indicates that the beaches are clean, have adequate ablution facilities and parking, are environmentally sound, are safe and secure to visit, and adhere to international safety and tourism standards. The accreditation is awarded for one season at a time, and if conditions deteriorate at the beach, it can be withdrawn.

Not all beaches in Cape Town have Blue Flag status – but this is not a negative reflection on the beach. The Blue Flag serves merely as a yardstick to assist the City in improving and enhancing services and facilities on all public beaches.

“The City is very pleased at this acknowledgement of our commitment to maintaining world-class beaches. The beaches that have attained Blue Flag status are important to residents and tourists alike and this status is especially encouraging going into the Festive Season. Cape Town is ready to welcome local and international tourist to our beaches,” said Alderman Walker.

“Last year, Cape Town became the first African city south of the Mediterranean to have its marinas achieve Blue Flag accreditation and we are very pleased that this status has been retained,” said Alderman Walker.

The Blue Flag programme provides a quality holiday experience for local and international tourists visiting South Africa, and Cape Town in particular. It is also about enabling local communities to enjoy a better quality of life through increased socio-economic benefits and improved natural resource management. The Blue Flag brand adds value to Cape Town’s Responsible Tourism offerings and supports the implementation of the City’s Responsible Tourism Policy. One of the key elements of Responsible Tourism is the development, management and marketing of tourism in ways that create competitive advantages, and the Blue Flag programme for marinas could only benefit and help to sell Cape Town as a world-class destination.

Background on the Blue Flag programme

The Blue Flag programme was started in France in 1985. It has been operating in Europe since 1987 and in areas outside of Europe since 2001, when South Africa joined. Today, Blue Flag has become a truly global programme with an ever-increasing number of countries participating.

Over the years, the Blue Flag programme has become a highly respected and recognised eco-label working to bring together the environmental, tourism and economic sectors at local, regional and national levels.