Retailers are responding to increased demand from consumers in Africa, and in particular expanding operations on the continent from South Africa, reports Malcolm Horne, CEO of Broll Property Group. 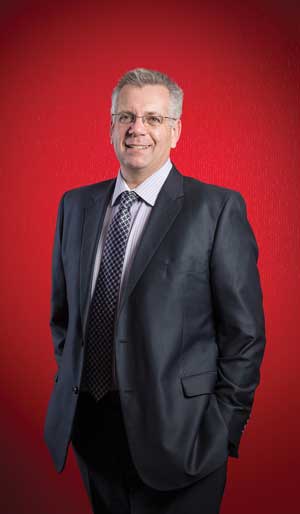 Retail giant Massmart recently announced its aim to expand its footprint in Kenya, with ambitions in food retail in West and East Africa. It reported that in West Africa the group is trying out several food stores in different formats. In East Africa it has held discussions with supermarkets including Kenyan chain Naivas, but no deal has materialised yet.

In total the group plans to open 15 new stores outside South Africa in the next three years. Towards the end of the period Grant Pattison, CEO of Massmart, expects the ratio of new openings to shift away from South Africa and towards the rest of the continent.

Similarly, The Foschini Group plans to double its 104 stores outside South Africa in the next three years.

“In sub-Saharan Africa, growing customer demand is coupled with an increasingly well informed customer base, making it easier to position retailer brands, especially as far as fashion, supermarkets and electronics are concerned,” says Horne.

Broll’s African expansion responds to the compelling growth strategies of many of its South African clients. Broll now delivers its property services in over 15 African countries and has eight country offices in sub-Saharan Africa, including Ghana, Malawi, Namibia, Nigeria, Mauritius, Rwanda and Kenya.

And international retailers are also starting to give South Africa and Africa serious attention, with the world’s leading brands among them.

“The combination of regional retailer expansion, international retailer entry and South Africa’s retail springboard all make for an exciting market that is ready grow apace, but choked by a shortage of quality retail space,” says Horne.

Horne reports that, certainly in Kenya, rapid middle-class growth in Africa has created a gap between consumer and retailer, with insufficient mall retail space.

“In East Africa, certain categories of experiential and mainstream retail are missing,” says Horne. “Retailers that fill this gap will flow into the country once it is evident there are more new well-designed malls, ready to receive and accommodate them.”

Jonathan Yach, MD of Broll Kenya reports the country’s property sector is gearing up to meet the new and growing demand to build quality malls that connect retailers and shoppers.

“There are many new malls which will open in 2015 and 2016. Among them are Garden City, The Hub and Two Rivers. Several malls in Nairobi are under renovation including Nairobi’s stylish The Village Market and Sarit Centre,” says Yach. “This will advance much-needed top-notch modern retail space for new and expanding retailers in the region.”

Yach is confident the growth of South African, and other global retailers, into countries like Kenya is only beginning.

“The local retail market is modernising its offering and style of retail engagement with customers to better cater to the burgeoning middle market which is growing through urbanisation and higher standards of living,” says Yach.