As the country gears up to celebrate the centenary of the most iconic building in the capital city of Pretoria, Arts and Culture Minister Paul Mashatile says changes will be made at the Union Buildings to reflect the democratic South Africa. 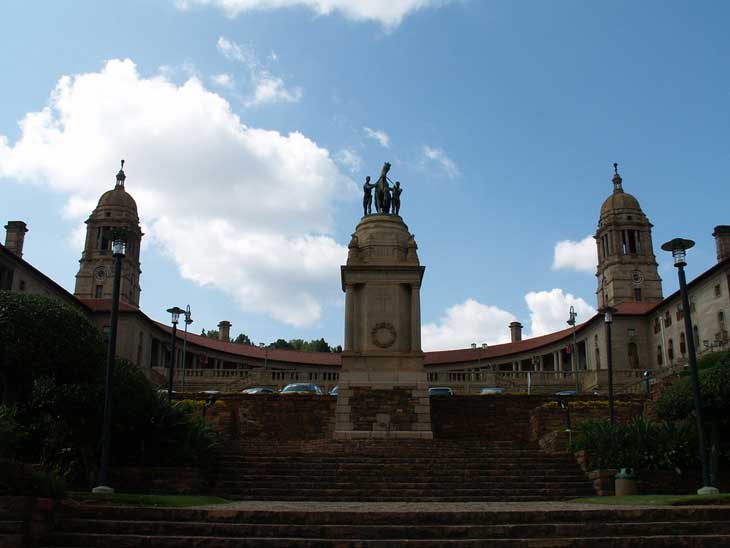 “There is going to be a lot of reconfiguration. [Beyond the centenary of] the Union Buildings, which started as the symbol of the past Union of South Africa, it should be converted into a Union of all South Africans.

“We want to give it new meaning and you will see with the symbols to come… that this is now a Union of all South Africans, a Union Buildings of a new democratic South Africa.

“We are still planning, but I can tell you that one of the things that we will do in December is to unveil a statue of former President Nelson Mandela at the Union Buildings.

“We are changing the offices at the Union Buildings by renaming them after the heroes of our struggle. So [there] will probably be the Chris Hani and Albertina Sisulu Boardrooms. We will be putting in more African art,” Mashatile said in an exclusive interview with SAnews.

Designed by Sir Herbert Baker in 1908, construction of the 275-meter long Union Buildings, situated in the northern end of Arcadia, Pretoria, began in 1909 and was completed in 1913.

The centenary celebrations will be held in December under a theme that will promote social cohesion, national unity and reconciliation.

Mashatile said details of the celebrations will be made public once all the planning has been concluded.

Mashatile said the decision to erect a golden statue of Madiba at the Union Buildings was a token of appreciation for his valuable contribution to a free, democratic and non-racial South Africa.

“Work is at an advanced stage to erect a statute of Tata Madiba at the Union Buildings as part of its centenary celebrations this year.”

On 10 May 1994, the inauguration of Mandela, South Africa’s first democratically elected president, and his deputy presidents, after the country’s first free elections, heralded the beginning of a new era in South Africa’s history.

“However, we want to see more activities around our museums, particularly those that tell the story of our liberation struggle such as Liliesleaf farm in Rivonia, Robben Island, Mandela House in Soweto and Freedom Park, to mention but a few.”

The theme for this year’s Heritage Month is ‘Reclaiming, Restoring and Celebrating our Living Heritage’.