Situated on the corner of the R558 and Protea Boulevard in Protea Glen in Soweto, Protea Glen Mall is trading well, having been launched only a year ago (September 2012).

Says Engelbrecht: “With public and private school holidays now more evenly spread over longer periods throughout the year, rather than coinciding, we are seeing a less noticeable impact on retail trading. As a result, shopping appears to be more sustained rather than experiencing marked peaks and troughs, although naturally the key festive seasons in December and Easter holiday periods still attract larger volumes of shoppers and therefore increased consumer spend.

“In addition, with consumer spend and more specifically the discretionary spend remaining under pressure for economic reasons, shoppers tend towards much higher frequency shopping in smaller volumes as opposed to the days when they carried out one major monthly shopping expedition. In this regard the conveniently located neighbourhood shopping centres have benefited, as shoppers choose to visit easily accessible retail outlets more often, even once or twice a week. In line with this, retailers are keeping less stock, and restocking to suit changing consumer buying patterns.” 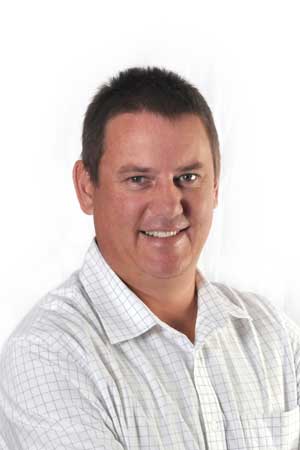 Engelbrecht says while there have been no fireworks in the retail market, the shopping centres managed by JHI Properties have retained stable, with low vacancy levels which have in some instances even reduced. “We still manage to keep our vacancy levels on average lower than four percent and certainly have not seen an increase in these levels. The categories which we see as consistently best-performing are food anchors and value-offering department stores, which illustrates that in general consumers remain value seeking. Keeping vacancy levels low is the result of JHI’s ability to proactively manage strategic letting plans for all the shopping centres under management, coupled with our focus on understanding and meeting tenant and consumer needs within the markets they serve.

“We are taking a somewhat conservative view of the remainder of the year (2013) and estimate that growth in retail turnover will be between the levels of three and 4.5 percent, mainly due to the fact that the spend did not materialse as anticipated over the past number of months and more specifically over the Easter holidays. General consumer sentiment continues to be increasingly conservative and we believe this is largely due to high consumer debt levels (unsecured debt remains a concern) and inflation coming under renewed pressure due to a weakening rand. However, while foot count in general still reflects negative growth, we are seeing growth in spend per head and increased turnovers in JHI-managed shopping centres, in particularly in the greater Gauteng market.”

Engelbrecht says of major concern is continuing rising energy costs such as Eskom tariffs, and ever increasing costs imposed on the property owner by local municipalities, not only from a consumer perspective but also for retail tenants who seek to maintain fair profit margins while experiencing increasing levels of occupational and operating costs. In this regard JHI is working smart and planning strategically in conjunction with utility managers in implementing strategies to manage these costs and mitigate the risk to tenant and landlord alike.

Positively, Engelbrecht reports that the first two phases of a substantial revamp of the Kolonnade Mall in Montana, Pretoria North have been completed. “Also within this centre we are redeveloping the space formerly utilised by the ice rink, thereby significantly increasing the trading space for leading retailers Mr Price, Foschini and Truworths.

“After the initial expansion of Greenstone Shopping Centre near Edenvale CBD in Gauteng, this centre is now in the initial stages of further extension, mainly for Woolworths, who are taking up additonal space in excess of 1 000 square metres. We have also concluded a lease with Dion Wired for further space over and above the original expansion of this store.”

During the year to date (2013) JHI has been awarded the management contracts for a number of shopping centres including the 64 000 square metre East Rand Mall – which is now co-owned by Redefine and Vukile property funds and the JSE-listed, Fairvest Property Holdings’ 90 000 square metre GLA* portfolio which includes among others, retail properties in George (St Georges Square), Club View Corner in Centurion, The Ridge Centre in Wilgeheuwel (Johannesburg) and Tokai Junction in Tokai, Cape Town. The privately owned 16 000 square metre Lemon Tree shopping centre in Alberton , as well as Lenasia Square in Lenasia are also now under JHI Properties’ management.