Attacq Limited, previously Atterbury Investment Holdings, today formally announced its plan to list on the main board of the JSE under “Real Estate – Real Estate Holdings and Development” sector. 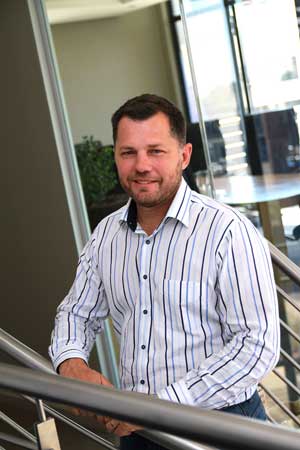 Attacq will provide investors the opportunity to share in a long-term sustainable real estate capital growth fund with a successful track record as a public company. Since inception eight years ago, Attacq has delivered an average compound annual return exceeding 20%.

Morne Wilken, Attacq CEO, says: “Listing Attacq will create a foundation to grow the business further. It enables Attacq to access capital efficiently, raise its profile and expand its investor base, all of which should enhance Attacq’s prospects.”

He adds: “Attacq’s focus on long-term sustainable capital growth distinguishes it from other JSE-listed property entities, such as REITs that predominantly focus on rental income distribution. When considering Attacq’s listing, we assessed the investor benefits of various structures, including REITs. But, our established structure and business model of delivering sustainable long-term capital appreciation has proven successful and delivered excellent results to our investors. The timing of the listing also places Attacq in an ideal position to invest in excellent development opportunities, especially those at Waterfall Business Estate.”

Attacq will optimise long-term sustainable capital growth and enhance total returns to shareholders through its strategic weighting of investments to developments. It will also reinvest profits from rentals or occasional disposals and retain completed developments, rather than selling them, to realise development profits.

Subject to regulatory approvals, Attacq is anticipated to come to market on 14 October 2013.

“For our existing over-the-counter shareholders who played such an important role in establishing Attacq’s successful track record, their investment in Attacq shares will be tradable on the JSE from listing. This will ultimately enhance liquidity for our shareholders,” says Wilken.

Wilken explains: “Our investment in completed buildings provides stable and growing income and balance sheet strength to responsibly secure and fund high-growth opportunities within developments. In turn, the group’s developments create a pipeline of high-quality investment properties that grows the investment base, as developments are retained rather than realised.”

Attacq’s asset base of R12,5 billion at March 2013 includes landmark commercial and retail assets and developments. Among its developments is the prime Waterfall Business Estate, located between the Allandale and Woodmead off-ramps on both sides of the M1/N1 highway in Johannesburg. Waterfall is an infill development between Johannesburg and Pretoria. The business estate measures approximately 311ha and 1.73 million square metres of developable bulk has been approved to date. The total development is planned as a green field development which allows the best urban design principles to be applied for infrastructure, services and open public spaces. This ensures a sustainable city where all elements integrate seamlessly and efficiently. The 116,000sqm Mall of Africa super-regional shopping centre is being developed in the heart of Waterfall City. The development of Waterfall Business Estate is market driven and will be rolled out over the next 10 to 15 years. Projects coming to completion in the current year include the 44,200sqm Cell C campus and the 23,000sqm new Group 5 head office.

Attacq’s South African property investments are diversified across office, retail, mixed-use, industrial and hotel properties. It is also geographically diversified in three regions in South Africa, in the provinces of Gauteng, Western Cape and North West.

Its landmark local assets include Lynnwood Bridge, Brooklyn Bridge, Club 1 and Glenfair Boulevard, all in Pretoria, Woodmead North Office Park in Waterfall and Garden Route Mall in George. Attacq holds 81.95% of Attacq Retail Fund. This fund is invested in retail properties including Mooirivier Mall in Potchefstroom, Eikestad Mall in Stellenbosch and 25% of Brooklyn Mall in Pretoria.

Attacq benefits from an African portfolio which includes Bagatelle Mall of Mauritius and Bagatelle Offices. It also has an effective 32,5% stake in Atterbury Africa, in partnership with Hyprop Investments and Atterbury Property Holdings, which invests in retail centres and developments across sub-Saharan Africa.

It is also internationally diversified through MAS which has a primary listing on the Euro-MTF market of the Luxembourg Stock Exchange and a secondary listing on the JSE AltX. MAS holds investments in Germany, Switzerland and the UK.

“Our long-term strategy is to achieve an optimal portfolio balance of 70% of our assets by value in South Africa, 20% in other countries on the African continent and 10% internationally outside Africa,” says Wilken. “We are already making good progress on this objective and will continue to seek opportunities to further this goal as well as expand our development pipeline to grow long-term prospects.”

Attacq holds a 25% interest in Atterbury Property Holdings, the successful property development company with which it shares a common history. Atterbury has developed most of Attacq’s investments. “This is a strategic holding for Attacq and positions us to access and participate in the opportunities and deal flow generated by this dynamic developer,” says Wilken.

The respected driving-forces behind the company’s proven delivery capability will continue to drive Attacq with their unique experience and knowledge. Attacq’s executive team comprises Wilken as CEO, Atterbury Property Holdings CEO and co-founder Louis van der Watt and Melt Hamman as FD. Wilken has played a key role at Attacq since 2009. Attacq’s independent non-executive chairman is Pierre Tredoux, who has served on Attacq’s Board of Directors for the past six years. Attacq’s board also benefits from the skill and experience of Atterbury Property Holdings co-founder Francois van Niekerk, as a non-executive director.