A significant collaboration and cooperation agreement will see South Africa’s shopping centre and retail industry gain greater access to global insights and resources. It will also open up local shopping to the world. 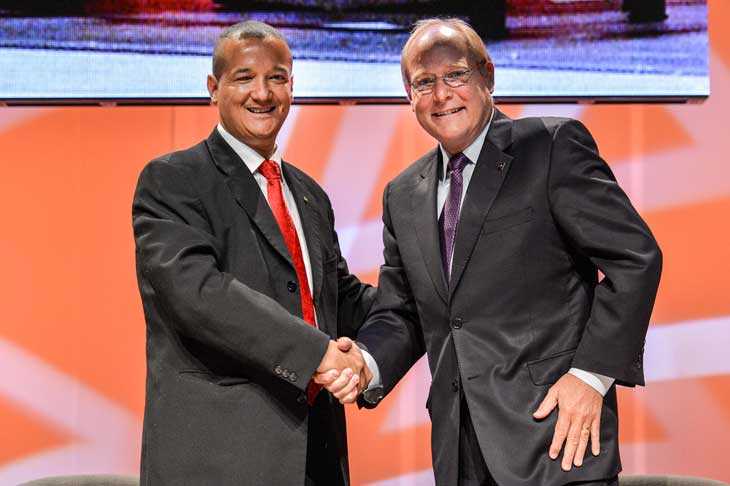 Thanks to this collaboration, SACSC’s over 2,200 members will benefit from automatic entry to membership of the ICSC, effective from 1 January 2014.

SACSC CEO Amanda stops says: “This exciting agreement ushers in a new era of international cooperation for the shopping centre industry. It gives SACSC members added benefits and exposes them to the global community. By deepening this relationship we are also able to provide access to enlightening research and education tailored to South Africa, making international know-how locally relevant.”

Speaking at the SACSC Congress, President and CEO of ICSC, Michael P. Kercheval, said: “With the signing of this historic collaboration and cooperation agreement between the ICSC and the SACSC, together we are making it even easier for our industry members around the world to have access to goods, services, contacts, ideas and business opportunities here in Africa, and for Africa to reach out across the globe.”

Kercheval added: “By making all SACSC members automatically members of the ICSC, we are opening the doors of opportunity and future to our industry. Let’s face it, the future is Africa and this agreement brings our African industry onto the global stage. Similarly, the agreement makes all of ICSC’s resources available to Africa’s industry.”

These resources include global best practices, professional education and international credentials, advocacy and promotion of the industry, research, knowledge and information as well as networking on a global level and access to retailers, capital sources, personnel, jobs, business partners and ideas.

President of the SACSC Marius Muller says: “In giving our members real value, tapping into global resources and connecting with the international shopping centre community has been a priority for the SACSC in the past year. We’re delighted to have furthered this objective significantly with our agreement with the ICSC.”

SACSC is among several national councils to sign agreements with the ICSC over the past 18 months including representative organisations from Australia, Britain, France and India.

“Over the last two years, our industry has come together, not for protection, but for progress,” says Kercheval. “This includes the dynamic African industry’s entry onto the global stage, which is a major step in our industry’s future.”

Stops says: “This is a real boost for the African retail real estate industry.”

Addressing delegates at the SACSC Congress Kercheval noted the shopping centre industry is as old as humanity itself. “Creating a safe, comfortable, social environment to conduct commerce between people goes back to the earliest souks, bazaars, agoras and marketplaces. Indeed, such venues are at the root of every city on our planet,” he said.

The modern shopping centre is a newer contraption, less than 60 years old, but no less important for our cities and economies, by generating jobs, fiscal resources and economic vitality.

“Ours is a global industry as much as the original idea of people coming together is a global human desire,” said Kercheval.

For most of the last 60 years ICSC has been the global “shopping centre” of this industry, where our professionals come together to learn, trade and socialise. For many years, the SACSC has been the premier resource for the industry in Africa, serving and advancing organized retail real estate.