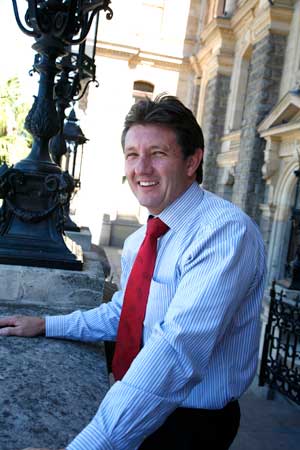 The Fund Growth of distributions increased by 19.7% delivering a combined distribution of 77.25 cents per linked unit. The total compounded growth delivered to unitholders for the year was  41.5% (24.0% for the SA Property Listed Sector). Investment property income increased by 30.8% from R165.86 million to R216.88 million and total property expenses increased by 29.5% from R57.87 million to R74.948 million mainly due to a full 12 month reporting cycle and acquisitions made during the year. Notably, this was achieved in the toughest trading conditions the Fund has experienced in its eight year history.

CEO of VPIF, Rob Kane, commented, “As anticipated at the start of the year, the streetscape remained challenging, requiring us to be innovative so as to maintain solid growth in rental income, contain costs and retain our tenants.

“That said, the portfolio has emerged from the year with an improvement in our Key Performance Indicators and I am pleased to report that VPIF has outperformed all property sectors by some margin despite these tough conditions.”

The Fund’s portfolio at year-end consisted of 28 properties with a total market value of R1.6 billion which is a R36.6 million positive revaluation on the prior year. The portfolio is well-represented in most of the South African provinces with 92.5% of the gross income derived from Gauteng, Western Cape and the Eastern Cape. The Fund has remained consistent in its strategy to operate as an office dominated fund with 93.5% of the gross income being derived from the office sector. Of this, 79.9% of the portfolio is leased to blue chip tenants with an average weighted lease expiry of 4.75 years.

The low interest rates combined with some new listings fuelled a feeding frenzy, inflating vendor demands. This resulted in many assets being overpriced beyond the reach of rational investors and thus the Fund only concluded R84.6 million worth of acquisitions.

“The single area in which we did not meet our targets was that of acquisitions. Although we would have preferred stronger growth, it has been challenging to acquire solid assets at sensible yield and where we can see value.

“We have a solid pipeline of acquisitions under negotiation and have put in place adequate resources internally to effect the deals. We anticipate accelerated, but controlled, acquisition activity in 2014.”

As part of the Fund’s tenant retention strategy, VPIF has carved a niche as a specialist in refurbishments, particularly green refurbishments. Apart from a higher property valuation, the refurbishments of these buildings results in a more stable tenant profile and increasing distributions. Since listing, they have undertaken six refurbishments of varying sizes where for every rand spent at least three rand in value uplift was achieved.

On the back of the successful 14 Loop Street refurbishment, VPIF is now looking to leverage this expertise by implementing the same strategy on a much larger scale at the Foretrust Building, located in the fast developing node of the Cape Town Foreshore.

“We strongly believe that refurbishments according to green principles will sustain the growth of the Fund over the long term. Each building in our portfolio is currently being assessed by way of a rating model and we have appointed a consulting team of green experts to further develop our offering,” he continued.

Given the sluggish economy, a highlight for the period was that the Fund’s vacancies remained low at 5.6% (4.5% if the planned refurbishment of Investment place is excluded), which is significantly lower than the average sector vacancies for A and B grade offices of 10.7% and is slightly improved on the comparable period of 5.8%. This success has been attributed to hands-on management and strong relationships with tenants. No material discounts or incentives were provided.

2013 proved to be a challenging year for the Fund with 23.3% of leases expiring of which a 73% retention rate was achieved. The Fund has very little exposure to expiring leases in 2014, with only 7% of the leases being material in size, of which 5.5% is under a lease renewal offer. The average lease escalations are at approximately 7.7%

“We do not see any notable risks and are confident that there will be few if any reversions as rentals are very much in lines with, if not below market average. This will then allow us to focus our time on acquiring new assets and growing the distributable income for unitholders”

As at year end, net borrowings of R490 million equated to a gearing ratio of 31.25% (2012: 31.4%), which is well within the covenants set by the board of directors. The blended average cost of debt is 8.7%, broken down into an average of 9.3% (inclusive of margin) for fixed debt for a remaining period of 4 years and floating at an average of 7.6% (inclusive of margin). During the year, the Fund also renegotiated its rates which significantly reduced the cost of funding in addition to bedding down a facility of R670 million.

VPIF plans to enter debt capital markets through a domestic medium term notes programme to raise further cash to fund acquisitions due to the fact that DMTN programs are currently more cost effective than conventional bank funding. The timing of this programme will depend on acquisitions.

Subsequent to year end, the Fund obtained linked unitholder approval to raise up to R455 million through a rights offer; the proceeds of which will be used to fund the acquisition of quality A-grade properties in Greenstone Hill Office Park and settle approximately R180 million of floating debt, which will provide capacity to acquire buildings using available debt. Post the acquisition, VPIF will own 11 of the 15 properties in the office park.

“As mentioned before, the outlook is tough but we trade well in a tough market. The Fund is well placed and we are ready to grow”, he concluded.