Growthpoint Properties Limited today reported distribution growth of 7.2% to investors for the year ended 30 June 2013, outperforming its original forecast and delivering on higher performance prospects announced at its half year. 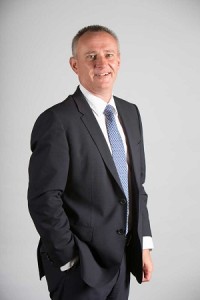 “We’re pleased to report positive performance for our investors, notwithstanding the challenging market conditions,” says Sasse. The total return to Growthpoint linked unitholders is 21.2% for the year, comprising capital growth of 14.7% and income yield of 6.5%. Growthpoint’s distributions are based on sustainable rental income. It doesn’t distribute capital profits.

Investors can expect similar strong performance from Growthpoint in the coming year. “Growthpoint is likely to deliver similar distribution growth for the year to June 2014 as it did in the 2013 financial year,” says Sasse.

Growthpoint became the largest South African REIT on the JSE from 1 July 2013. It also successfully converted its capital structure, from property loan stock linked units to REIT ordinary shares of no par value to become the first to do so in South Africa.

During the year, Growthpoint successfully raised R4 billion in capital – R1,5 billion through two Distribution Re-investment Plan issues and R2,5 billion through the oversubscribed placement of new linked units. As a direct result, the company’s loan-to-value ratio, excluding GOZ, reduced substantially from 33.9% to 23.9%. This has also equipped Growthpoint with a ‘war chest’ of available funds enabling it to act swiftly to benefit from various quality, distribution-enhancing investment prospects identified, both locally and abroad.

Growthpoint’s South African property portfolio contributed 75% to its distributable income. Despite continued tough market conditions, particularly in the office sector, vacancies remained largely stable in the South African portfolio at 4.4% overall. Portfolio arrears are the lowest in the past five years, totalling 5.8% of collectables and down from 6.4% last year. “This is a result of quality clients and exacting arrears management,” explains Sasse.

Growthpoint also contained its property expense ratio below 25% in the face of increasing cost pressures.

“Net property income from our South African property portfolio increased by 5.7%,” reports Sasse. In South Africa, Growthpoint made five strategic property acquisitions during the year for R492 million and disposed of 23 non-core properties for R869 million, making a profit of R292 million on cost. It also invested R904 million in value-enhancing developments and redevelopments.

Distributions from Growthpoint’s strategic holding in GOZ grew 10.2% in ZAR on a like-for-like basis, making a strong 14% contribution to its total distributable income.

Growing its portfolio, GOZ completed property acquisitions of AU$83,0 million during the year and spent AU$75,4 million in development capital, the bulk of which was spent funding the completion of two office buildings in Artarmon (NSW) and Nundah (QLD). It has already announced a further AU$60,2 acquisitions for the coming year. This will grow GOZ’s portfolio to 47 properties valued at AU$1,8 billion (about ZAR16 billion). GOZ also benefits from one of the longest weighted average lease expiry profiles in the A-REIT sector at 6.8 years.

Distributions from Growthpoint’s 50% stake in the V&A Waterfront increased by 6.5% and contributed 11% to total distributable income.

This iconic property reported positive performance across its mixed-uses. Retail space at the V&A Waterfront is fully let and achieved strong sales growth of over 16% year-on-year. It continues to attract sought-after local and international retailers like Zara, TopShop and Moyo. Office vacancies are at enviable lows of 2.4%, and experiencing good demand. Its hotel market is gaining momentum in average room occupancies, albeit off a low base, approaching 2008 levels.

“Advancing the V&A Waterfront are 14 approved development projects, with R1 billion invested, or to be invested,” says Sasse. “This includes the Allan Gray corporate office, which is now nearing completion.”

Furthering sustainability, Growthpoint continued to innovate and find new ways to provide space to thrive for clients’ businesses. It introduced the groundbreaking UNdeposit which removes hefty property deposits using proven creditworthiness instead. It has also embarked on an exclusive five-year partnership with Dimension Data, in the first project of its kind and scale by a local property company, to create market leading smart buildings that support business productivity.