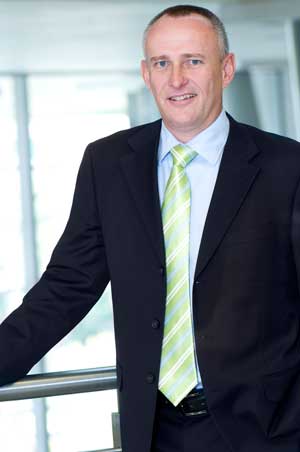 Friday, 2 August, was the first day for Growthpoint’s investors to deal in the new ordinary shares on the JSE.

Norbert Sasse, CEO of Growthpoint Properties Limited says: “Growthpoint’s new capital structure is cleaner and simpler. It has been welcomed by our investors. Taking this exciting path was a natural step for us in becoming a full REIT. Growthpoint’s change to ordinary shares represents the international best practice for a REIT and, for that matter, any publicly traded investment.”

Growthpoint’s REIT status was granted by the JSE and it began trading as a REIT on the JSE with effect from 1 July 2013.

The company has advanced from the complicated linked unit capital structure typical of a South African property loan stock company. For Growthpoint, this comprised ordinary shares linked to unsecured, subordinated, variable-rate debentures, or loan stock, in a ratio of one ordinary share to 10 debentures. That meant that each share and its debentures could trade on the JSE only as linked units. Thursday, 1 August 2013 was the last date to trade in Growthpopint linked units on the JSE.

To achieve its new, simpler capital structure Growthpoint has delinked its linked units and will capitalise its debentures to stated capital, whereafter the debentures will be cancelled. The Company’s ordinary shares which had a nominal value of 5 cents have also been converted to shares of no par value.