To the surprise of many franchisees, Schalk van der Merwe of Somerset West was awarded the Rawson Property Group’s prize for the highest commission fees earned in the Western Cape in the period November 2012 to April 2013. The reason for the surprise is that with many franchises, the franchisee does not sell property and therefore cannot earn his own commission. 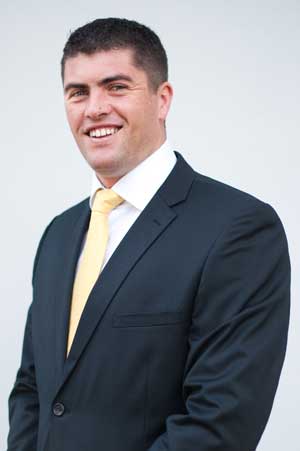 “Here at Rawson Somerset West,” said van der Merwe, “we believe that it is good for the franchisee to get out and sell because it keeps him closely in touch with the market and therefore puts him in a better position to advise and support his agents.”

Working closely with his father, Johann van der Merwe, who established the franchise seven years ago, he is able to devote 70% of his time to his own sales, leaving the remainder of the time for support to his agents and the running of the office. This regime, he said, does call for long hours but he has never begrudged this.

The award was based on van der Merwe achieving R42 million worth of sales in the period mentioned, the highest priced property sold during this period by him was a five-bedroomed, mountainside home in Spanish Farm, which sold for R6,5 million. The least expensive property sold by van der Merwe was a three bedroom townhouse in Somerset Ridge, which achieved a price of R825,000.

Asked what other estate agents might learn from his sales’ successes, van der Merwe said that it proves, yet again, the value of establishing a loyal client base and building a reputation made up of reliability and trustworthiness.

“In this franchise, we try to inculcate the idea that the initial meetings and initial deal are merely the first step in establishing a long term relationship with the client. In my own case, focussing on this aspect has meant that just under 50% (48% in the period referred to) of my sales leads come from clients with whom I have already worked and who have come round to accepting that once I pick up the ball I seldom drop it.”

Such clients, he said, may be upgrading or downgrading, or buying additional property.  They may also be moving into the commercial field, but in most cases they will recommend him to their friends. Another big advantage of establishing a good reputation is that it means that it enables him to work only on a sole mandate basis.

A high percentage of today’s buyers in Somerset West, added van der Merwe, are from Gauteng. They move to Somerset West because they appreciate the lifestyle, the low crime rate and the quality of the local, well established schools, such as Somerset College and Paarl Valley, which, they believe, will give their children a head start in life. Also prominent among buyers these days, he said, are Germans who currently own 13% of the residential properties in Somerset West today.