Jonathan Yach has been appointed as MD of Broll Kenya.

“Broll has been doing business in Kenya for some time now from its South African headquarters with its international partner CBRE,” explains Horne. “As the economic hub of East Africa, with sound macroeconomic and political policy in place, Kenya is attracting multinational companies. Nairobi is proving increasingly popular for corporate head offices on the continent and in the region.”

This is driving the demand for support from real estate services. “Broll Kenya will heighten service in the country by having presence on the ground and, in addition, identify opportunities to grow its local client base,” says Horne.

Seasoned South African expatriate and property professional Jonathan Yach has been appointed as MD of Broll Kenya and will bring his 25 years of property experience in South Africa and, most recently, India, to the business.

“Kenya’s property market is very sophisticated, and competitive and full of prospects,” says Yach. “Its retail property market is growing and the list of new retailers entering the market is deepening, the retail market here is primed and is ripe for growth.”

Yach explains that Kenya has an advanced office property market, commanding solid rentals, reflected in both new and older skyscrapers that dot the skyline of its key business hubs.

“When it comes to industrial property, we’ve seen a strong commitment by businesses here to absorb and adopt international best practice within their logistics” notes Yach.

Yach notes that investors from around the world enjoy and require democracy, stability and certainty when considering investment in emerging markets.

“While the returns apparent in Africa beckon, investors want to ensure that growth is a sure thing,” says Yach. “Most governments in Africa have learnt that enjoying democracy, applying strong economic principles and fiscal discipline, attracts investors.”

He adds that like South Africa, and several West African countries, Kenya and its East African neighbours are opening up to and embracing foreign direct investment and transnational businesses.

“Where transnational companies go, they support and become part of the local economies,” says Yach. “Their economic participation creates a multiplier effect. So, for example, more retail brings more choice; this benefits consumers and drives stronger back-of-house logistics support which also fuels a positive demand to invest in infrastructure.”

This is exciting news for the East African region, and Broll Kenya will bring its game-changing property services to add value to businesses acting in this growing market. 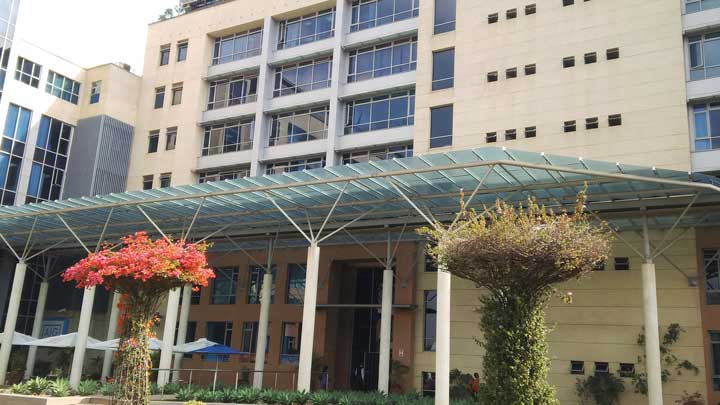 “We are proud to partner new local businesses and many of our long-standing clients as they expand into new territories. With more multinational companies interested in Africa, professional leasing and corporate real estate services are making inroads into previously undeveloped markets. Steadfast in its positive sentiment about the African continent, Broll is bringing its specialised services and unique capabilities to these markets,” says Horne.

He adds that while Broll Kenya will deliver a growing range of property services directly from its Nairobi offices, it will also be supported by Broll’s accomplished South African operations. This includes Broll’s proven technical capabilities and ISA9001:2008 certified facilities management and property systems.

Broll has set up a substantial footing in sub-Saharan Africa, where it is active in over 15 countries. With its new Kenya offices Broll is directly represented in eight countries on the continent including Ghana, Malawi, Nigeria, Rwanda, the Mauritius based Broll Indian Ocean and Namibia where it recently celebrated 10-years of doing business in the country.