According to Abacus DIVISIONS, industrial property developers appear to be looking at developing smaller properties – certainly in the greater Irene area – and this became evident at the pre-launch of the latest industrial development in Irene, The Rietvlei Corporate and Industrial Estate.

According to Org Geldenhuys, managing director of property development and marketing company, Abacus DIVISIONS,  there was an “overwhelmingly positive” response to the new development – “which is a good sign, certainly for the industrial property market.” 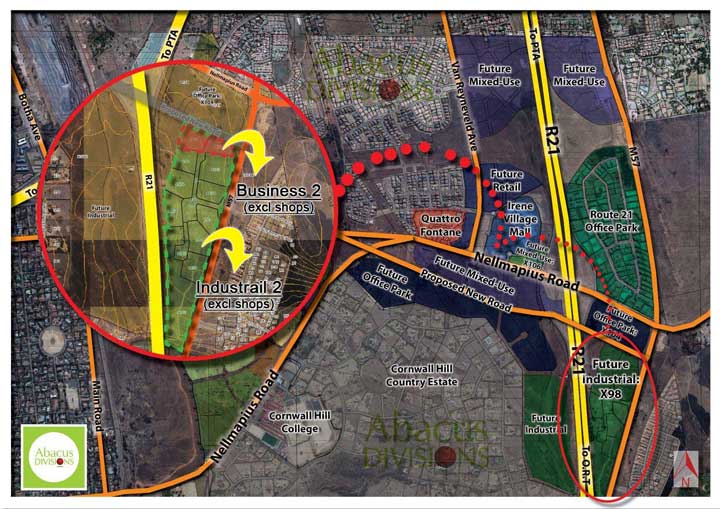 But he said that what had become apparent is that those property developers who are keen to buy into the development want smaller stands. “They don’t want hectares and hectares of land to develop. They want smaller stands. So against this backdrop we have taken the step to slice our stands up into smaller segments, before proceeding with the official launch.”

“It seems there is a lot of positive drive coming from the smaller to mid-sized industrial property developers at this stage –many who are owner/developers. This air of positivism is a good sign for the commercial property market,” he said.

The new Rietvlie industrial park was launched on the back of the completion of the highly successful Route 21 Corporate Park, Irene Village Mall and Irene Farm Villages in the area.