The remarkable development of Eyethu Orange Farm Mall will result in the entire Orange Farm community holding a 10% stake in this 27,000sqm regional shopping mall, which is helping to transform the area into a flourishing central business district, and creating a valuable multi-faceted community asset. 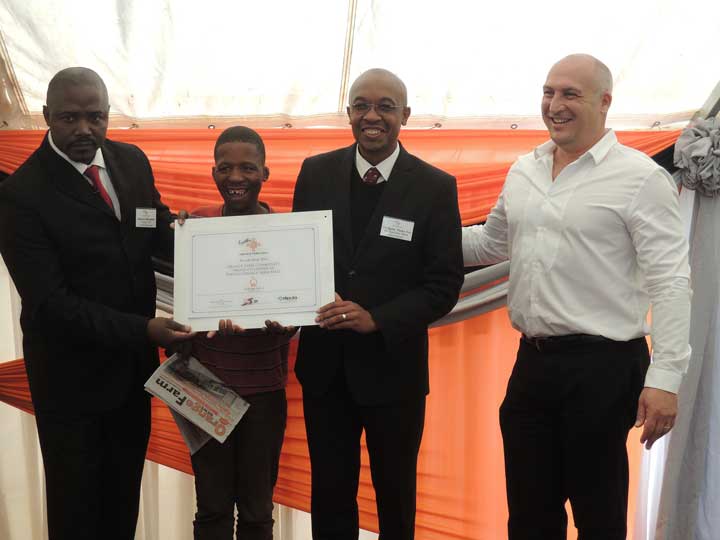 This extraordinary vision, 19 years in the making, is finally becoming a reality. The mall – located midway between Johannesburg and Vereeniging – broke ground last month, and will proudly open its doors in September 2014.

Tshabalala has steadily converted important partners to this far-sighted thinking. First, his now business partner in Stretford Land Developments, David Lieberman, then award-winning property developers and investors Flanagan & Gerard, and the local Orange Farm community itself. This is where the City of Joburg became involved and, at its request and under its guidance, a formal stakeholders forum was established. This forum has met every month since it was formed in November 2008, indefatigably working towards this visionary shopping mall development.

On completion, Eyethu Orange Farm Mall will be owned by the Orange Farm Community Trust with a 10% stake, Stretford Land Developments with 30% and Flanagan & Gerard Investments with 30%. It has also attracted the investment confidence of empowered JSE listed property company Dipula Income Fund, which will own a 30% stake.

The National Empowerment Fund, through its Rural & Community Development Fund unit, is providing R50 million on behalf of the Orange Farm Community for the 10% equity stake.

The mall’s developers are Flanagan & Gerard Developments and Stretford Land Developments. Venturing where other banks did not, Standard Bank is funding the development of Eyethu Orange Farm Mall. 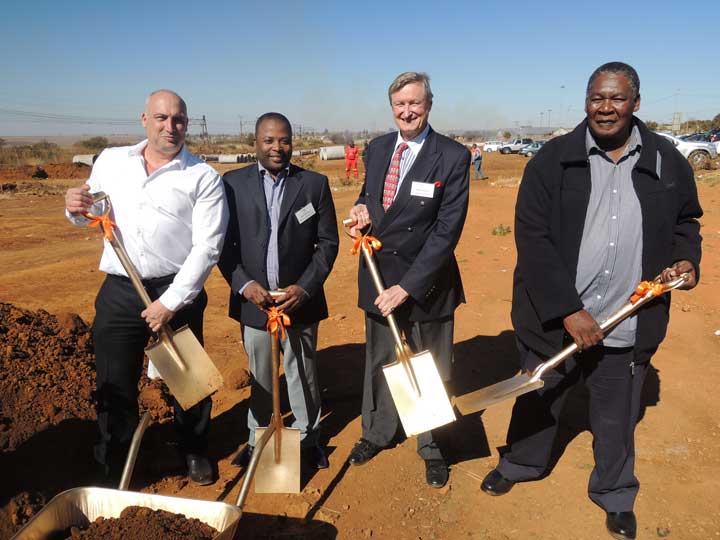 Lieberman explains the benefit from the community’s stake is intended for constructing special needs projects such as centres for development, learning, safety or care. The projects will be decided by the Orange Farm Community Trust, whose Trustees are volunteers elected by the community.

And here is where the community gains even more. To be involved in any Trust project – be it building, supplying or operating it – the compliant business or individual must reside in Orange Farm. This applies to everyone, regardless of their responsibility. “This way, the community will directly benefit from the proceeds of the project and the money earned in Orange Farm will stay in Orange Farm.”

Added to all this benefit, the community is also gaining a top-notch mall with all the advantages of a leading regional shopping centre.

Peter Gerard of award-winning retail development and investment company Flanagan & Gerard says: “As a commercial venture, the community can only benefit if the mall trades successfully and all the fundamentals are in place to achieve this; and they are. Eyethu Orange Farm Mall is ideally situated in the heart of a growing community of low and middle-income households. It will offer a comprehensive mix of retailers and the critical mass to satisfy local customers, and the seven million rail commuters using Stretford Station each year.”

Eyethu Orange Farm Mall is positioned to make it easy for shoppers to reach it, both by road and by public transport – train, taxi and bus. It’s adjacent to, and links into, Stretford Station, forming part of the new Town Square, which has been deemed a Presidential Project which has national support for community upliftment, for creating jobs and economically empowering people jointly with Government. It also benefits from an integrated regional taxi facility.

It’s easily accessible to the local community with its prime position on Orange Farm Link Road, the area’s main road. It’s also simple to access from the N1 via the Golden Highway. In fact, all roads in the area lead to Eyethu Orange Farm Mall.

More than this, it is surrounded by essential facilities like the police station, library, municipal offices, fire station, sports centre and more – putting it at the heart of a new vibrant central business district for Orange Farm.

Eyethu Orange Farm Mall and the Town Square project have also gained the benefit of the City of Joburg’s improvement to infrastructure, including roads, sidewalks and storm water drains.

The positive knock-ons are expected to continue. 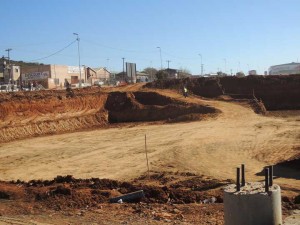 The mall itself is expected to create over 2,000 jobs during its construction, where SSME’s are being given numerous opportunities, and around 3,000 jobs will be generated with the mall’s trading. The Small Enterprise Finance Agency is will be under-writing around 30 SMME’s in a new collective retail initiative for the mall. With the developers, the City of Joburg will also create about 80 lock-up informal trader stalls around the taxi rank and mall entrances.

Izak Peterson, CEO of Dipula Income Fund, says: “It is our strategy to acquire investment-quality property assets that also make a meaningful contribution to the communities which they serve. Our investment in Eyethu Orange Farm Mall furthers this goal.”

The new Town Square has already attracted the development of a Boxer Super City, Cashbuild and construction has started on a KFC Drive-Thru.

“Big business can also be good business, and sharing is better business,” says Lieberman. “We are here to make a profit and share that profit. The more we enrich the community, the more the community will have to spend at our mall’s retailers, the better they will do, the better the development will do, which will result in further benefit to the community. This is the circle of growth we are pursuing.”

The Eyethu Orange Farm Mall scheme is the ultimate incentive for the local community to support its shopping centre.