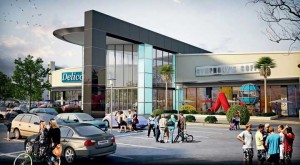 “As a bank we are committed to supporting the development of the retail property sector, especially in outlying areas. Construction has commenced on the 52 393m² Sasol Secunda Mall. Sasol Pension Fund owns 40% of the development, as does the Resilient Group, while Bunker Hills Investments and Imojoe International each own 10%,” says Ken Reynolds, regional executive: Nedbank Corporate Property Finance, Gauteng.

Imraan Salajee is the 100% shareholder of Imojoe and is a respected business man and property investor in the Secunda and Evander area. Owning five business concerns, he holds a strong property portfolio that includes the 9 306m² Park Centre and 3 309m² Junction Centre in Secunda.

Considered well positioned for a major shopping centre, the site lies immediately south of the main CBD retail precinct, bounded by PDP Kruger, Helen Suzman Drive, Oliver Tambo and Walter Sisulu Roads and with exposure to at least two arterial routes. The new centre will combine a number of existing retail buildings confined within the streets mentioned and promises an exciting, consolidated shopping experience for the mostly high LSM consumers in the area. Industrial activity is dominated by Sasol with their main plant and refinery visible from the site. The development is expected to service a wide geographical catchment area that includes outlying towns such as Kinross, Leandra, Trichardt, Delmas, Evander, Bethal, Standerton and Ermelo.

Salajee says that Secunda is by far the most important business destination in the Govan Mbeki Municipality, which is situated in the south-western part of Mpumalanga, and demand exists for middle to higher end retail products and services. “Lettability is well subscribed with 83% of national and franchise tenants secured. The most important fundamentals for a successful retail centre development are in place and the mall is expected to be completed and open for trading on 23 September 2013.”

“Although these are trying times for the property market generally, the retail sector in South Africa is holding its own and there are some large developments taking place in areas that are not traditionally associated with shopping centres of such magnitude. Investing in Sasol Secunda Mall through Imojoe International is just another way that Nedbank Corporate Property Finance is funding the growth of the local retail sector and helping to fulfil consumer demand, specifically in areas with less development. Through this funding of the BEE ownership of the Sasol Secunda Mall, Nedbank is demonstrating its commitment to transformation and to enabling more empowered stakeholders to deliver significant contributions in shaping the sector for continued success,” concludes Reynolds. 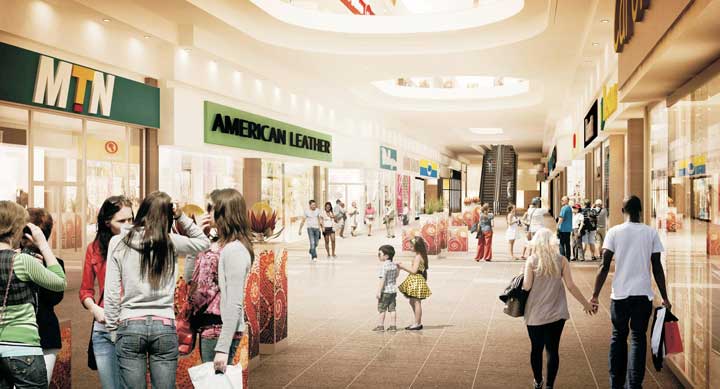 Artist’s Impression of the Interior of Sasol Secunda Mall