Nedbank Corporate Property Finance has approved a R1.1 billion loan to the HBW Group to restructure and finance one of the largest assets in their portfolio, the Bedford Retail and Commercial Precinct, which is made up of the Bedford Centre and Bedford Square in the heart of Bedfordview, Johannesburg. 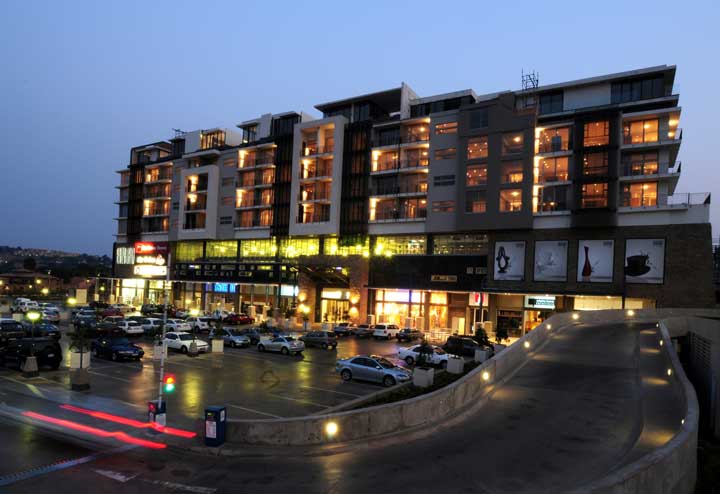 Ken Reynolds, regional executive for Nedbank Corporate Property Finance in Gauteng says that the division has enjoyed a long and mutually beneficial relationship with the HBW Group that spans 25 years. “HBW acquired the Bedford Centre in 2002 and Nedbank has been involved with the development for over 11 years from when it was just 28,000m². It is now a 92,000m² regional centre and a great example of a mixed-use development. The Precinct attracts high LSM customers and Woolworths Foods is undertaking a substantial expansion of its store.  Upscale clothing retailers such as Guess, Forever New, Aldo, Mango, Frasers and Cotton On have opened stores in the Centre.”

Since 2006 Bedford Centre has been undergoing not just a facelift, but an entire restructuring. After two years of construction, a new, modern shopping, living and working precinct was unveiled. The architectural style of the building has now been developed into a modern day classic and the centre attracts the some of the country’s most discerning city dwellers. 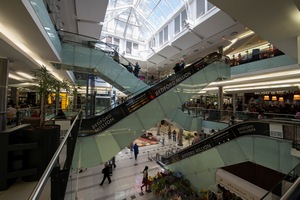 Across the road is the world class private clinic, Bedford Gardens Hospital and the Precinct is within walking distance of multiple medical suites.

The Bedford Square Apartments are situated above the mall and include stylish apartments and exclusive penthouses – some of which boast their own rim-flow infinity pools – 85% of which have been sold. A big plus for shoppers, office commuters, residents and tenants is the unparalleled high-tech security system and support functions.

The HBW Group was established in 1985 with the main objective of identifying and investing in strategic property investments as well as developing large retail centres with national as well as international partners with which it has alliances. The group has established key relationships in the construction, banking and retail industry and its main activities include retail property development, property management, air charter services, media platforms and financial services relating specifically to property transactions.

HBW, through its subsidiary companies, is currently involved in the development of and investment in a number of large retail and commercial property opportunities throughout the country and sub-Saharan Africa. These projects account for the development of in excess of 200,000m² of space, the majority of which has been pre-let to large national retailers.

“Bedford Precinct is modern living at its most impressive and Nedbank is proud to be aligned with the development and to have partnered with the HBW Group for the past quarter of a century. We value our long-standing relationship with HBW and are proud of our role played in enabling their vision, while living out our commitment to being involved in property developments that are making a real contribution to the economic future of South Africa,” concludes Reynolds.