Commercial space in prime hubs in Cape Town’s popular Southern Suburbs is in demand, with retail hotspots in Claremont – close to Cavendish Square, Claremont CBD and the railway station highly sought after, says Mercia Pillay, leasing and sales broker for JHI Properties in the Western Cape. 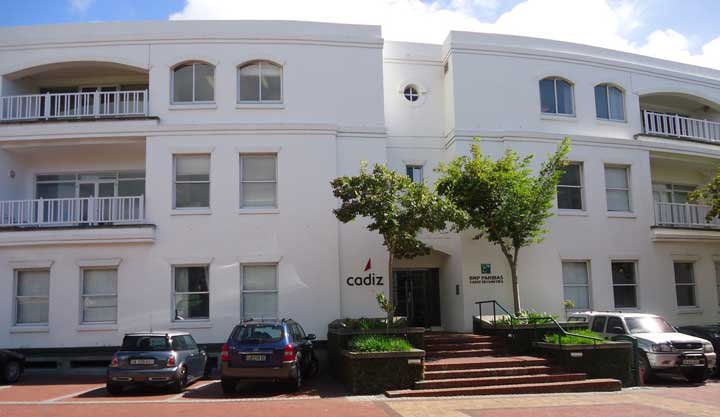 The Oval in Newlands, in Cape Town’s Southern Suburbs. InnoWind has taken up the left wing of the first floor (on the left in the close-up photograph).

At the A Grade upmarket office park, The Oval in Newlands, Pillay has concluded a five year lease valued at R4.2 million with InnoWind, a blue-chip renewable energy company in South Africa which has established a head office in Cape Town, with existing offices in Port Elizabeth and Johannesburg.

InnoWind’s development and operating expertise emanates from its French-based parent company, EDF Energies Nouvelles, which is the renewable energy arm of Electricité de France, the largest publically listed diversified power group in the world – with over 10 years of operating history in the wind sector. InnoWind is developing a portfolio of wind farm projects across South Africa.

Comments Pillay: “Appealing and set in tranquil, green grounds, as the name suggests, The Oval is well situated with scenic views of Table Mountain, within walking distance of the Vineyard Hotel, close to Main Road and easily accessible to the city, airport and major routes in and around Cape Town. This makes the site very attractive and particularly convenient for InnoWind’s visiting colleagues from France. Space in The Oval, which is owned by Growthpoint, is highly sought after and is snapped up quickly. InnoWind have taken up the left wing of the first floor comprising just under 318 square metres – which was formerly occupied by one user who has relocated – as well as nine parking bays.”

Pillay says the demand for prime office space in the Southern Suburbs has boosted rental rates in the area, with A Grade space achieving rentals from R120 up to R180 per square metre. Many of the enquiries received for space in the Newlands area range from approximately 200 to 500 square metres, frequently from investment-type businesses.

In nearby Wynberg, a similar trend exists in terms of the demand for locales close to the railway station and Maynard Mall – which is in Main Road. An indicator of investor confidence in these sought after hotspots is that McDonald’s have completed extensive renovations to sites in Main Road, close to the railway stations in both Wynberg and Claremont.

A notable transaction also recently concluded by Pillay is the five year lease of a national monument utilised as office space for WorkersLife in Main Road, Wynberg. Located on the corner of Main and Milbank Roads, the space comprises just over 513 square metres with a lease value of R1.6 million. The well-maintained premises are highly visible, being situated in the hub of Wynberg, close to the railway station, and with parking behind the building.

Commenting further on the commercial property market in Wynberg, Pillay says retail space close to the railway station in Main Road, Wynberg is extremely hard to come by. “This area of Main Road is buzzing with activity on weekdays and Saturdays, making it a prime location for retailers.”