While the SA Property Owners’ Association’s (SAPOA) new method for measuring floor areas was approved for use in August 2005, it is only in the last two years that Excellerate Facilities Management (EFM) has seen a marked increase in interest among commercial property landlords to amend  records accordingly. 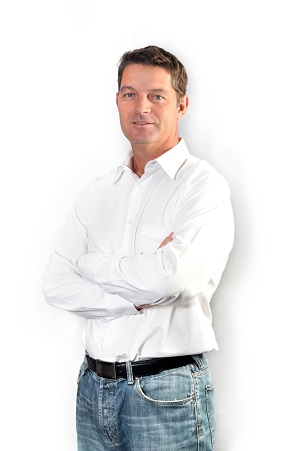 Explains Sean Liebenberg, new business executive for EFM: “The new method was introduced as a far more accurate means of measuring floor areas for office, retail and industrial space and SAPOA recommends its use for both existing and new buildings. As members of SAPOA and as intended, both EFM and our clients are embracing this new method in order to achieve national uniformity in regard to the measurement of rentable area.”

He says it is interesting to note that in general, landlords benefitted from the fact that the remote common areas (such as entrance foyers, plant and service rooms) have now been allocated on a proportionate basis to tenants. On the other hand total rentable areas decreased because supplementary common areas, such as stores in office blocks, now come out of the total rentable area of a building and are listed separately and charged at a rate or cost at the landlord’s discretion.

Liebenberg says in the past EFM had to produce measurements with four decimal places in order to balance with property management systems rounding off at three or less decimals. Adoption of the SAPOA recommendation of rounding off to the nearest full square metre eliminates numerous debates with various consultants over minor decimal differences.

“We are now applying the following rules when measuring areas for the various building types. Firstly, in regard to offices, the rentable area comprises the usable area plus the common area. The common area is broken down into two further categories, namely the primary common area on any given floor, and the remote common area such as entrance foyers, plant and service rooms located elsewhere in the building, or on site and not on the given floor. The rentable area excludes a supplementary area that may produce additional revenue (for example storerooms, balconies, terraces, service passages, parking, etc).”

“This varies from building to building and in some cases they either even each other out, or increase or decrease the total rentable area – depending on respective sizes and areas. Overall we have noted an increase of between 2.5 to 5 percent in rentable area across office buildings we have re-measured. The challenge for landlords and property managers is how to apply these new rentable areas per tenant into current leases and property management system records. We recommend that SAPOA looks into how remote common areas located in the common site in an office park with varying building sizes are applied.“

In regard to retail space, the rentable area comprises the usable area plus the secondary common area serving only one tenant.  The useable area is the area capable of exclusive occupation by the tenant and is the total area enclosed by the lease line, the demising walls and external walls, whether or not a shop-front is erected behind the lease line.

Comments Liebenberg: “Our challenge now and in the past has been the interpretation of the lease line. SAPOA indicates that this is the notional line determined by the landlord as the maximum extent of the shop-front position separating the shop unit from the primary common area. The actual position of the shop-front behind the notational lease line is not taken into account in the measurement of the usable area.

“Often the lease line, especially with old buildings, is not indicated on any hard copy drawings or historical records. Determining the maximum extent is open to interpretation so we have relied on landlord interpretation and opinion. Applications vary from the inner surface of the glass or shop-front detail to the furthest extent of structural columns protruding into the primary common area and between consecutive shops. Isolated columns and enclosed penetrations are excluded from the usable area irrespective of size, while projections in demising or external walls exceeding 0.25 square metres in the sectional area are also excluded.”

Liebenberg says that columns have created somewhat of an issue as the new method refers to isolated columns and projections in demising walls. However, the text and diagrams in use in the current SAPOA document leave room for differing interpretations. Isolated columns are easy to identify and remove while demising projections could be interpreted differently, either in or out depending on sectional area calculations.

“We suggest having these interpretations and decisions or rules documented and approved by the landlord as the applied rule which can be retrieved and justified should another party challenge the measurement. We have noted an increase in retail rentable areas even with the exclusion of columns and projections in demising walls. A large component of the increase relates to the inclusion of secondary common areas dedicated to one tenant. Quite often the larger retail stores will include service passages, dedicated plant rooms, toilets and loading docks. Again this varies from store to store, but across the board EFM has encountered increases in rentable area between 2.5 and 7 percent,” he says.

“We believe this project is extremely worthwhile and welcome the new measurement method. In the end the areas will not change immediately for a tenant lease but in the long-term on renewal or negotiation of new leases a definite increase in rentable area and property value will be experienced. As landlords apply this new measurement method  in regard to their portfolios, interpretations will be resolved and in time the SAPOA document can and will be enhanced to reflect these experiences and adjustments,” concludes Liebenberg.

For further information contact EFM on – 011 9118000 or email sean.liebenberg@excelfm.co.za.