There has been a noticeable upswing over the past six months or so in the number of international buyers purchasing homes in the Cape metropolitan region. Pam Golding Properties (PGP) says the upturn is being seen across all prices ranges in the metro area, and across a wide variety of suburbs. PGP’s MD for the Western Cape metro region, Laurie Wener says the trend was first noticed in the lower- and middle price ranges towards the last quarter of 2012, but has picked up pace in 2013, as well as expanding into the top end of the residential market. 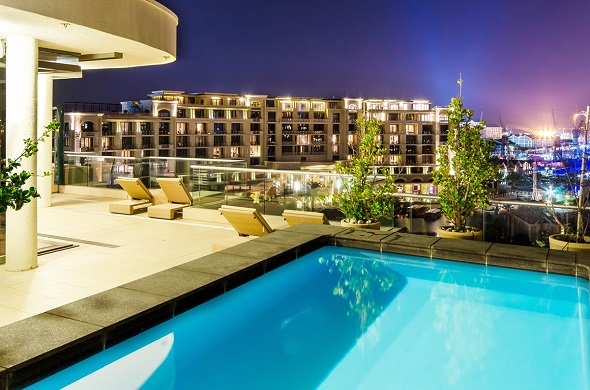 This three-bedroomed penthouse at the V&A Marina was sold by PGP in April 2013 to a buyer from Nigeria. The new owner acquired the 556sqm property for R25 million, within one week of its listing.

“During the first months of 2013 we have seen a definite increase in sales to foreign buyers, marking the end of a long period of subdued activity in this sector,” says Wener. “Purchasers have come from all over Europe, including the UK, Portugal, France, Belgium, Greece, Sweden, Austria, Germany and Norway, as well as from the USA, Australia and the Far East.  We have also seen a number of buyers from Nigeria, Angola and other smaller African countries. We believe their return to the market has been prompted by the weaker rand, which is allowing overseas buyers to capitalise on exchange rates and obtain attractive value for their currency. The wide variety of homes on offer is also a big pull-factor. Many of these buyers are keenly aware of value and are picking up properties which they believe to offer fair value, although, as local sentiment improves and demand increases, there are already signs of price increases in some areas. What we are seeing here is a natural evolution of sentiment, regardless of the prevailing international economic climate.”

Improved exposure for Cape Town in the international market has also certainly contributed to the upturn in sales. “Since the 2010 World Cup, Cape Town has received increasing international exposure, for example through campaigns such as the New Seven Wonders of Nature, Blue Flag beaches, and the World Design Capital 2014,” says Wener. “The city has also achieved a number of international accolades, such as being named second best city in the world in the 2012 Condé Nast Traveler Readers’ Choice Awards, and Best Beach Destination in Africa in the World Travel Awards 2012. These awards have turned the international spotlight on the Cape and exposed increasing numbers of holidaymakers to its appeal. The result is that many visitors who came here initially as tourists, are now returning as buyers.”

Over the course of 2013, international buyers have purchased across a wide range of prices, initially predominantly in the R2 million to R5 million bracket, but more recently in the price range from R15 million to R30 million as well. Wener says most are returning to traditional areas of preference which are regarded as being fairly recession-proof. “The Atlantic Seaboard with its beautiful beaches and spectacular ocean views has always been popular among overseas buyers, and that has not changed,” she says. “Since March 2013 we have completed 12 sales to international buyers in this area alone, stretching from the V&A Waterfront Marina to Camps Bay. Foreign buyers also tend to enjoy the cosmopolitan atmosphere and magnificent views offered by the City Bowl, and we have seen particular demand in the Central City price range under R1.5 million. City Bowl residential property is a popular choice, limited only by its perennial shortage of housing stock due to high local demand. Others opt for the spacious grounds and stately homes of the Southern Suburbs, while the Western Seaboard with its wonderful views and beach lifestyle is proving increasingly popular – PGP agents in this area concluded 11 sales to foreigners between January and May 2013, with prices between R540 000 and R2 million.

Some of PGP’s most recent sales to foreign buyers have included the following:

Wener says most of these purchases were for personal residential use, either on a full-time basis (relocating or retiring) or as part-time “swallows” who choose to escape the European winter and spend the summer months in South Africa instead. Buyers have also included international businesspeople working on long-term commercial contracts in the city. There were also some buy-to-let investors, with this category of buyer remaining highly conscious of potential rental returns as well as long-term potential for capital growth. “There is a sense of property being an attractive alternative for generating rental returns, as compared to current low interest returns on cash investments,” says Wener.