The Protea Hospitality Group has signed a deal that will see Africa’s largest hotel group moving into its 10th African country, the beautiful equatorial Republic of Rwanda, famous for its Mountain Gorillas. 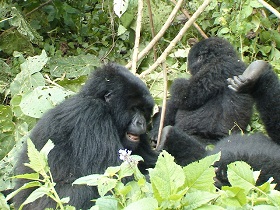 A 25-room hotel in the upmarket suburb of Nyarutarama in Rwanda’s capital city, Kigali will become Protea Hotel Kigali when it opens in the last quarter of this year and represents a great step forward in the Protea Hospitality Group’s growth in East Africa, says company CEO Arthur Gillis.

“Rwanda has shown tremendous economic growth in the past few years and the Government has a strong focus on the development of the tourism sector, recognising it as one of the foremost economic drivers and the largest foreign exchange earner,” says Gillis.
Protea Hotel Kigali will offer standard rooms, as well as eight two-bedroom units specifically for the long-stay market.

The hotel will also feature a 60-seater restaurant, a bar, gym and swimming pool, plus two executive boardrooms for meetings and conferences on site.

Rwanda is a developing nation of approximately 11 million people. African Economic Outlook sets the country an expected GDP growth of nearly 7% for 2013

“Rwanda’s economy is at a very exciting stage of development and it’s the perfect time for an experienced international hotel group with a 30-year track record in African development to be entering the market,” says Gillis.

“The Government has put a number of programmes in place through its Trade and Industry Ministry’s Vision 2020 plan that is developing infrastructure and regional economic trade hubs. It’s also consolidating its agriculture sector which exports a lot of tea and coffee.

“Add that to the substantial international investment in the financial sector and development funds for SMEs and Rwanda is a country that not only needs hotels but hotels of international standard, which is what we’re creating in Protea Hotel Kigali.”
Gillis says the corporate appetite for hospitality industry growth is already present in Rwanda and it is the next logical growth point for the Protea Hospitality Group in East Africa.

“We recently announced that Ghana’s first Protea Hotel is under construction in West Africa and now we’re doing the same thing in East Africa. There is no doubt that political stability and a desire to grow economies is what’s fuelling international investment and there’s no doubt in my mind that the most confidence-inspiring place to do business in the world right now is right here in Africa.”