Portside, one of the tallest buildings on the Cape Town Foreshore has received the prestigious 5-Star Green Star SA Office Design rating which recognises South African excellence in building design. 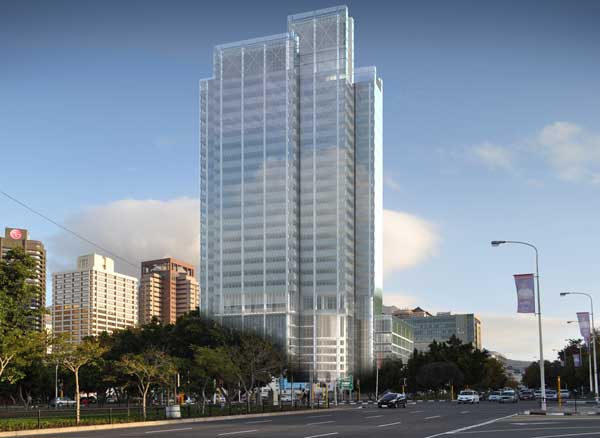 The Portside co-development by FirstRand Bank and Old Mutual is the tallest building in South Africa to target a 5 Green Star SA certification.  On completion, the project will aim at achieving a 5-Star Green Star SA (GSSA) Office As Built rating.  The new building will serve as provincial headquarters for three divisions of FirstRand Bank, namely First National Bank (FNB), Rand Merchant Bank (RMB) and WesBank.

Stephan Claassen, FNB Provincial Head says: “We are excited as a Group to have achieved this tribute. The investment in Portside is an extension of our commitment to investing in the region and is a testament to FirstRand’s focus to environmental sustainability.” 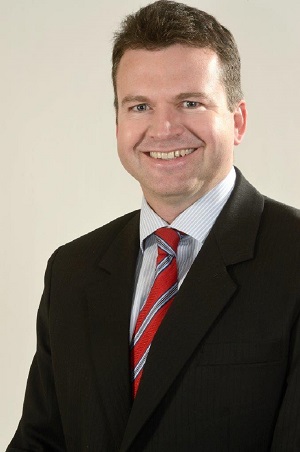 According to the Green Building Council of South Africa (GBCSA), a green building is a building which is energy efficient, resource efficient and environmentally responsible.  It incorporates construction, design and operational practices that reduce or eliminate the negative impact of development on the environment.

“The fact that the tallest building in Cape Town has pursued and achieved a premium five-star rating, creating a lasting landmark in an emerging financial district in Cape Town’s CBD, is very encouraging.  This rating is a commendable achievement and we congratulate FNB on achieving this significant accolade,” says Brian Wilkinson, CEO GBCSA.

“Over the last few years, we have worked hard to reduce the Group’s impact on the environment. Building sustainable, environmentally focused systems and infrastructure is critical in the current economic and environmental climate.

A strong team of more than 40 professional firms and various contractors have worked very hard to achieve this, and the success of Portside is due to the ongoing commitment, dedication and effort that the team has put in.” concludes Claassen.