Over the years, South African residential property investors, looking for international property investment destinations, have tended to favour the London buy-to-let market perhaps more than any other international market and this remains the case in the current market. Apart from the natural and historical affinity South African buyers have for London, investors continue to be attracted to this market because of its strong fundamentals, says Dr Andrew Golding, CE of the Pam Golding Property group. “London has an extraordinary track record of rental and capital growth which makes it an ideal long term investment – and inflation hedge, not to mention potentially a currency hedge – for a residential buy-to-let apartment which provides monthly rental income,” he says. 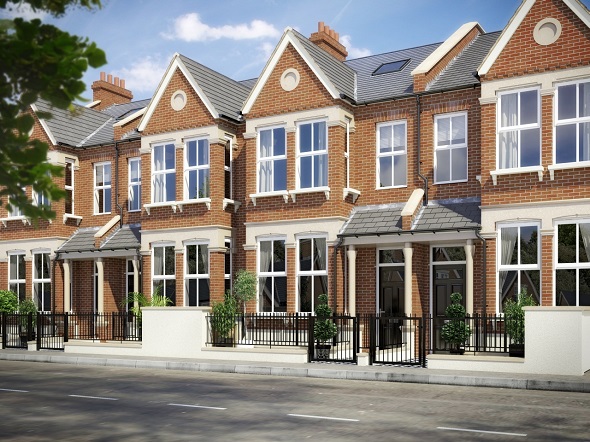 The largest city in Europe, London is considered one of the biggest rental markets alongside New York, contributing some 20 percent of the GDP of the whole of the UK and home to approximately 75 percent of the Fortune 500 companies’ offices. Greater London covers 620 square miles and has a population of just over eight million, and with 13 000 people who live on every square mile of London, tenant demand is strong and consistent.

Says Dr Golding: “South African investors are interested in the rental yields which average at six percent annually, with rent increasing at approximately three percent per annum. This is in a low inflation environment with a strong and stable currency, with long-term predictions of good yield growth making rent-related investments even more attractive. Capital appreciation is also sound with the housing index growing at nine percent compounded per annum over the past 17 years, including the 2008 economic crisis. And since the credit crunch, increasing demand over supply has driven rental growth despite a weak economic recovery, while low levels of residential building activity mean the supply of rental accommodation has not kept pace with rising demand, particularly in employment hotspots.”

In addition to a long-term track record of capital growth, other factors which make London residential property attractive to South Africans – as well as other international investors – are entrenched property laws which protects landlords, combined with an efficient industry of property related professionals such as solicitors, agents, property managers and lenders.

According to international property group, Savills, which is in association with Pam Golding Properties, prime central London property has recorded an unprecedented two and a half years of steady annual growth of up to 10 percent, marking a period of stability not seen since Savills’ index was established in 1979. Interestingly, they report that the outer prime markets of the South West of London have started to catch up with prime central London. Prices in the South West are 17.6 percent above their former peak and are now being driven by domestic purchasers who are either making money in the private financial sector in the West End, or by sellers from prime central areas relocating out of the core. This ripple effect has led to annual house price growth in the prime South West of 5.6 percent, which seems to be accelerating, with three percent seen in the first quarter of 2013 alone.

Says Jane Clough, London sales manager for Pam Golding Properties’ International & Projects Division: “South West London is an area with a proven history of strong rental demand and capital growth. It’s an area favoured by local families and professionals seeking quality accommodation so they can live and work in London. What makes for a successful investment opportunity is acquiring a property with consistently strong rental demand and at a favourable yield, and the other key aspect is to have strong letting and property management in place to ensure maximum rental growth with minimal vacancies.”

She says an investment strategy that is increasingly gaining interest among savvy global investors is to establish a portfolio of residential properties which can be rented out, thereby achieving a long-term passive income stream. “In pursuit of market and currency diversification and stability, many of these investors are establishing residential portfolios in London.

“Census figures show that the number of households renting privately increased from 2.6 million to 4.2 million between 2001 and 2011 across England and Wales. The figure for the UK as a whole is estimated at 4.8 million for 2012, up from 3.4 million five years ago. Private renting now accounts for almost 20 percent of the total value of the housing stock of the UK. The key reason for this is the increased difficulty in accessing home ownership. As house prices increased relative to incomes through the late nineties to 2005, so the cost of raising a mortgage deposit increased. The shift to renting, which began at the turn of the millennium, gathered pace post credit crunch as the size of mortgage deposits required by banks rose, increasing beyond the capabilities of many,” she says.

Clough says this increased demand for rental accommodation, seen against a lower level of supply, has driven rental growth despite the underlying challenging economic conditions. Rental growth has been highest in London and the South East, particularly in markets attractive to more affluent young households. It is anticipated by Savills that average rents in the mainstream market will increase by 18.2 percent by 2017 and even high in certain areas of London. This forecast appears to be reasonable given that the average rent in England and Wales as a whole rose 4.2 percent over the past year ending March 2013 (7.9 percent for London), according to the LSL Property Services Buy-to-let index.

In the medium-term, the prospect of capital growth in London is strong with Savills forecasting the five year growth in prices for buy-to-let properties at some 21 percent. It is expected that income yield will become an increasingly important driver of investment demand, particularly among institutional investors who have become increasingly active in the market.  The demand for London buy-to-let properties is further enhanced by foreign investors who see London as a ‘safe-haven’, not only in terms of a secure property location but also regarding its well-established property legal and finance environment.

Ideal for the South African market, Pam Golding Properties is currently marketing properties in One and Three Riverside in Riverside Quarter in South West London – overlooking the River Thames. Priced from GBP365 000, the spacious one, two, three and four bedroom apartments are set among landscaped gardens with a fitness centre, sauna and swimming pool. Also in South West London, in Sisters Avenue in Clapham, five adjacent houses with five bedrooms are marketed from GBP1.725 to GBP1.925 million. In close proximity to Clapham Common, Sisters Avenue has easy access to shops, wine bars and restaurants on Battersea Rise and in Clapham Junction, with transport either by bus or train.

At South Bank Tower in a prime location on the River Thames in central London, studio, one, two and three bedroom apartments and penthouses are priced from GBP625 000 to GBP3.1 million. This stretch of the Thames is one of the most cultural areas of London, where the Tate Modern, Globe Theatre, National Theatre, Royal Festival Hall and Southbank Centre are located, with restaurants, bars, cafes and the famous Borough market in this vibrant and emerging residential district. Being on the tube and a walk across Millennium Bridge to the city adds to the appeal of this new development.