“The drop in the value of the Rand versus the US$, the Pound and the Euro has put an extra R2 million on average into the pockets of investors with  one million in these foreign currencies,” says Mike Greeff, CEO of Greeff Properties, an exclusive Affiliate of Christie’s International Real Estate.

“Luxury homes in Cape Town’s exclusive suburbs are spending lengthy periods of time on the market as sellers sit tight to get their prices, however these owners would be wise to take advantage of the current Rand value and market their homes abroad,” says Greeff.

He says that for these individuals just with the extra change earned by the year-on-year drop in Rand value of one million in any of these foreign currencies could happily purchase a spacious family home in the Southern Suburbs of Cape Town. 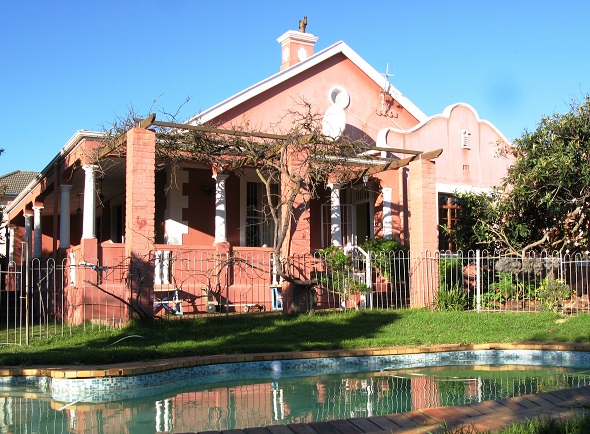 R2.85 million will purchase a charming and unique four-bedroom farmhouse in Little Mowbray

“A small sample of the homes Greeff is currently marketing reveals that R2.39 million will get you a five-bedroomed home in Noordhoek with an ocean view; R2.5 million will secure a three-bedroomed Victorian house in historic Wynberg, Chelsea; R2.499 is the asking price for a three-bedroomed family home with a brand new kitchen and wooden floors in sought-after Newlands, while R2.85 million will purchase a charming and unique four-bedroom farmhouse in Little Mowbray,” says Greeff. “We are starting to receive interest from the Eurozone, the US and the UK and are actively marketing our properties to foreign investors through our affiliation with Christie’s International Real Estate, says Greeff adding that Greeff Properties is affiliated to Christies agents in 40 countries around the world, with an agent network of 25 000 agents.