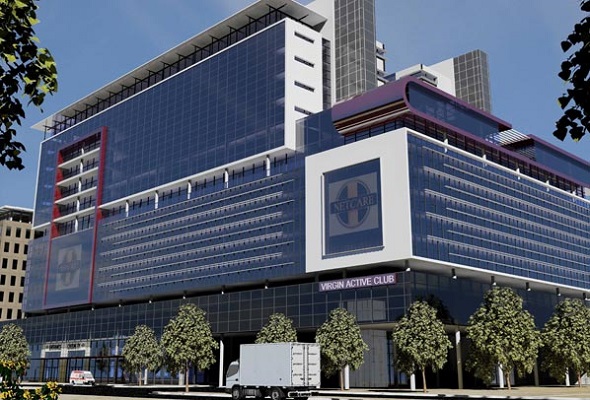 The new Christiaan Barnard Memorial Hospital – operated by NetCare – is being constructed on an open plot of land in front of the current Chevron regional offices. The project forms the first phase of the Cape Town International Convention Centre (CTICC) expansion, which will see the CTICC double in size on the site bordering the hospital in front of Naspers Centre.

The new premises will be a major upgrade from the hospital’s current location in Longmarket Street higher up in the CBD. It will house retail stores and a national gym operator on the lower floors, a multi-storey parking garage and hospital space divided across two wings on the upper-most floors. These wings will enjoy beautiful sweeping views of the CBD and harbour area, which is expected to act as a major drawcard for international medical tourists. The entire modern glass structure – designed by Dennis Fabian Berman Architects – will reach 15 floors.

The development of the hospital on the identified site is a major coup for the foreshore area. While the foreshore plays host to an ever increasing number of office blocks, many of these are only in use during office hours, after which the area is near abandoned. Thus the construction of a mixed-use property that will be used on a 24-hour basis is a positive addition to the area. The hospital and gym will ensure a constant stream of foot traffic to the area, which will help support any new retail stores. 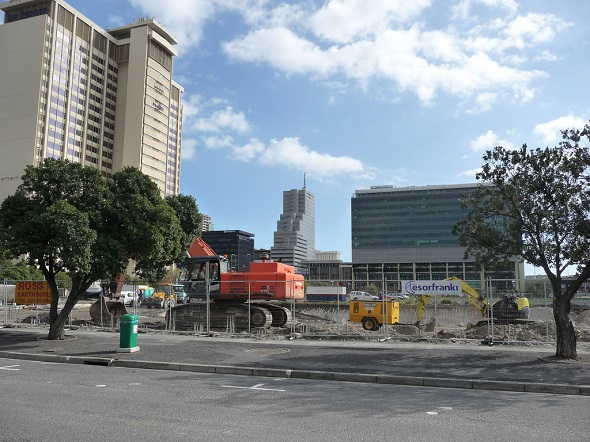 Demolition work under way on site for the Chris Barnard hospital complex.

The expansion of the neighbouring CTICC expansion itself has unfortunately been delayed, however. Due to complaints raised by design competition entrants, the City of Cape Town is investigating the legality of the tender awards process. As a result, construction is expected to be pushed back by approximately a year. The original completion date for the CTICC expansion was mooted as mid-2015, but that has now changed to mid-2016. It remains to be seen whether the delay will impact on conferences that were previously announced to have been booked for the extension wing.