“While the Rand continues to take a beating and the JSE joined stock markets around the world this last week in a downward slide, following US Federal Reserve Chairman Ben Bernanke’s announcements of the likely moderation in US monetary policy stimulus, a look at property sales figures in a number of Cape Town Suburbs for the first half of 2013 show an upward trajectory,” says Mike Greeff, CEO of Greeff Properties, an exclusive Affiliate of Christie’s International Real Estate.  Greeff says that according to Propstats figures for sales of properties (both free-standing and sectional title) in Constantiaberg, for the first six months of 2013, the average selling price is up by 24.6 % to R3 305 000 from R2 652 000 – the average selling price for properties in the area during the first half of 2012. Greeff adds that the differential between the asking price and the selling price narrowed slightly in 2013 to minus 13.2 percent as compared to minus 14.8 percent in 2012. The Propstats figures also show that during the first half of 2013, homes are on average spending 106 days being listed prior to selling as opposed to an average of 95 days for the same period in 2012. 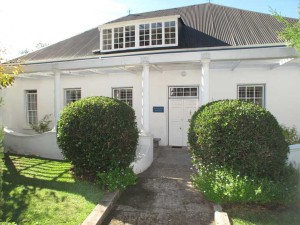 Average property prices in the South edge up

Greeff says that  a focus on Constantia Upper figures for the first six months of 2012 reveals that the average selling price achieved was R6 894 444 and the differential between asking price and selling price was minus 20.3 percent with the number of days spent listed 218. “The overall picture in Constantia Upper has improved significantly  in the first six months of 2013 though, with the average selling price rising to  R7 569 167, a 9.8 percent improvement,   the differential between asking and selling prices narrowed to minus 16.3% and the average number of days listed dropped by seven weeks to 183 days,” says Greeff.

“Once again, the market has spoken loud and clear in terms of the need for sellers to recalibrate their expectations with regard to pricing. Unrealistically priced homes are sitting on the market for lengthy periods and these are the statistics taking the average days spent on the market into the hundreds,” explains Greeff.  “If one looks at the details for properties in Constantiaberg which spent 0 to 14 days listed before being sold, within the first six months of 2013, the correlation between pricing and speed of sale is quite clear; for these transactions, the average differential between asking price and selling price is as low as minus 5.7 percent – again, an eloquent statement about the significance of realistic asking prices if timeous sales are to be achieved,” says Greeff.

“Our agents report that the overall picture for the Southern Suburbs and Constantiaberg is that there is actually a healthy amount of activity in the market, and we at Greeff have recorded a year-on-year increase in sales turnover of just under 40 percent for the first half of 2013,” says Greeff. “It remains to be seen how the latest financial tremors will affect the market, but it’s advisable to channel as much as you can into your bond now before the repo rate is adjusted, experts are predicting a rise in 2014,”adds Greeff.