Managing Agents Might Be Seen As An “Extra” By Trustees, But They Are A Necessity

While many trustees of sectional title schemes might do an excellent job at running their scheme, there are many benefits to appointing a managing agent instead of the trustees doing all the work themselves, says Johann le Roux, executive director of Propell. 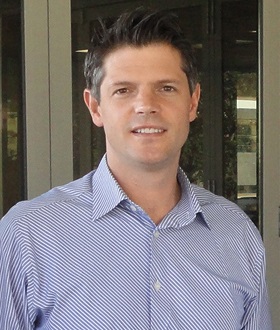 The administration and the management of a sectional title scheme is time consuming and can become quite complicated, and all of this work is done by the trustees without being paid. Moreover, says le Roux, many schemes’ trustees do not have the time or the necessary training to fulfil their roles effectively.

A managing agent will take on the onerous task of sending levy statements, collecting the levies or any other monies due by the owners, keeping the financial records up to date, dealing with the yearly audit and budgets for the year ahead, as well as the day to day running and management such as arranging for quotes for repairs and maintenance and then managing the contractors who are chosen to do this work.

Most managing agents have a good supplier contact list and know what happens in their industry, so they will choose the best possible contractors for any work that needs to be done. Because they often send a lot of work to their preferred contractors, they would often also be able to negotiate better prices.

All managing agents must be registered with the Estate Agency Affairs Board, and hold valid Fidelity Fund Certificates because of the large sums of money that they usually have to deal with on behalf of the body corporate.

While there are no formally prescribed job descriptions for managing agents, the trustees will need to agree on what they need done and draw up a contract which is then signed by the trustees on behalf of the body corporate and the managing agent.

“Finding a good managing agent is the key here,” said le Roux. “It is important to ask for contactable references to check whether he does what he says he does.”

When going through quotes for the management of the scheme, it is important to remember that the cheapest is not always best nor is the most expensive going to be the most efficient. Speaking to the trustees of at least two other sectional title schemes will give a good idea of whether the managing agent is reputable one and whether those schemes are being run efficiently, said le Roux.

The trustees would usually employ the agent for a year at a time, which would automatically be renewed, unless the body corporate notifies him otherwise.

“Generally, because the administration and management work would then be done by a professional in this field and by someone who only does this work, the performance of the body corporate should improve and the financial situation of the scheme should be healthy” said le Roux.