A luxury Claremont apartment which forms part of the assets of a company in liquidation and of which the late Herman Pretorius , known for his involvement in various hedge fund investment schemes was a Director, will be presented for public auction on-site by the ClareMart Auction Group on Wednesday, July 10. “Our Group received joint instruction from the liquidators of RZT Zelpy 4005 (Pty) LTD  to proceed to auction with this premier southern suburb apartment and we are certain that this auction will achieve similar interest as our successful sale of Pretorius’ sea front home at Voelklip. The Claremont apartment will be sold together with all of its luxurious and décor appointed contents” says Executive Director, Andrew Koch. 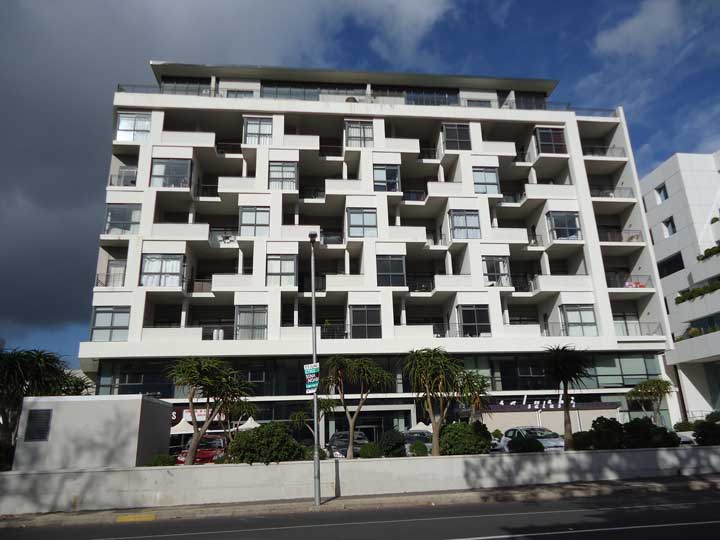 A luxury apartment on the sixth floor of the modern Intaba complex in Protea Road, Claremont, will go under the ClareMart Auction Group hammer on July 10, along with all its contents. The unit formed part of the assets of a company of which the late Herman Pretorius was a director, and which has gone into liquidation.

Unit  612 INTABA,25 Protea Road, is located on the sixth floor of this prestigious modern apartment block. “Due to its positioning, this designer, spacious apartment offers the successful bidder exceptional Mountain views” says Koch. The home comprises three bedrooms with the main bedroom featuring an en-suite bathroom as well as an additional full bathroom. “The unit is accessed via an entrance hall and enjoys a large open plan living area with fully fitted kitchen” says Koch. There is a separate dining area as well as a lounge with access to the balcony with views toward Kirstenbosch.  The unit is sold with an undercover parking bay which boasts security access control. Intaba residents benefit from a communal gymnasium, swimming pool and 24 hour security.

“Movables included in the sale are a patio couch set, a Bosch dishwasher and an LG Exresscool fridge” says Koch. Amongst the furniture are items such as a framed coffee table, a couch and leather chair. There are beds, lamps, some artwork, a dining room table set and various other tastefully well-appointed items. “Intaba is a popular choice for young professionals and small southern suburb families who require an urban space and lock up and go lifestyle which offers access to good southern suburb schools, amenities and the University” adds Koch.

Claremont is situated approximately six miles south of the City centre and is a popular commercial and residential area. The suburb is experiencing significant growth and development and benefits from excellent shopping centres, business districts, hospitals and sports clubs as well as offering residents easy access to Newlands Forest and Kirstenbosch Gardens.