The Real Estate Investment Trust (REIT) regime is set to usher in a new era for the listed property sector by affording certain tax advantages to qualifying entities and providing certainty in respect of the tax treatment of property loan stock companies. However, as the legislation is new and untested, uncertainties and anomalies exist, which could result in unforeseen tax implications for any company wishing to list as a REIT or a joint venture company where a shareholder is about to become a REIT. 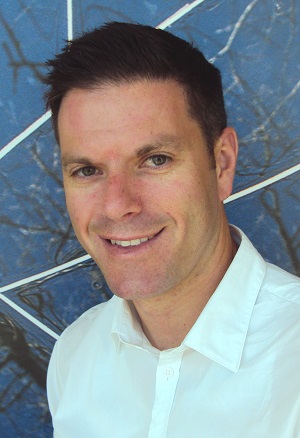 This is according to Gary Vogelman, Executive at ENS (Edward Nathan Sonnenbergs), who says in spite of the tax benefits that can be enjoyed by a property company and its shareholders upon the listing of such property company as a REIT, it’s crucial to be well-read in the potential pitfalls of the legislation.

“it is highly recommended that any company wishing to list as a REIT or a joint venture company where a shareholder is about to become a REIT obtain detailed tax advice in relation to the tax implications which may arise in this regard and obtain an understanding of the potentially relevant anomalies which may arise in respect of the implementation of such listing as a REIT,” he says.

Vogelman explains that a “REIT” is defined in section 1 of the Income Tax Act No. 58 of 1962 as, broadly speaking, a company that is a resident and the shares of which are listed on an exchange as shares in a REIT as defined in the JSE Listings Requirements.

Below, he outlines the details of the legislation and the anomalies to be aware of:

Taxation of a REIT

A South African tax resident natural person investing in a REIT will be subject to income tax on dividends received by or accrued from a REIT at a maximum rate of 40%. Such person will, however, be exempt from dividends tax in respect of such dividend. Interest received by or accrued to a person in respect of a debenture forming part of a property linked unit of a REIT or a CPC held by that person will be deemed to be a dividend and will accordingly be subject to income tax in the hands of such person (but exempt from dividends tax).

A South African trust investing in a REIT would be liable to income tax in respect of dividends received or accrued from a REIT at a rate of 40%. Alternatively, such income may be vested in its beneficiaries, in which event the beneficiaries would be subject to income tax thereon (in accordance with “conduit principle”). The trust (or, if relevant, the beneficiary of the trust) will, however, be exempt from dividends tax in respect of such dividend.

Dividends received by or accrued to a foreign investor prior to 1 January 2014 from a REIT or a CPC will be exempt from dividends tax and South African income tax. In respect of dividends received by or accrued to foreign investors subsequent to 1 January 2014, such dividends will be subject to dividends tax at a rate of 15% of the amount of the dividend paid (subject to any reduction in such rate by virtue of the application of a Double Tax Agreement entered into by South Africa) but will be exempt from South African income tax.

This information is published for general information purposes and is not intended to constitute legal advice. Specialist legal advice should always be sought in relation to any particular situation. Property Wheel will accept no responsibility for any actions taken or not taken on the basis of this publication.