Acid mine water, now so prevalent in Gauteng, has until recently generally been regarded as the industrialists’ and mine owners’ problem.  However, the stage has now been reached in Gauteng’s Central, Western and Eastern Basins in which much property with foundations reaching below ground level is threatened.  Acid Mine Drainage (AMD), which is contaminated water flowing from metal mines, such as gold mines, is highly corrosive to both concrete and reinforcing steel. 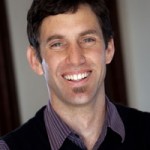 “Authorities on AMD,” said Peter Flynn of the Environmental Law Consultancy, “now agree that in the Central Basin it can be found as near to ground level as 250 m and it is expected to reach the ELC (environmental critical level) of 150 m below the surface by September or October of this year.

“In the Western Basin the ELC has already been over-reached and water has been found at 0,88 m below collar level, while in the Eastern Basin, where levels of 320 m below the surface have been recorded, the ELC, which is put at 290 m, is likely to be breached by November next year.”

This situation, said Flynn, means that relief pumping and neutralization of the kind now being carried by Group Five, is absolutely essential.  Group Five have a R319 million, ten and a half month contract to build a high density AMD treatment works.

“Now that the foundations of so much property are at risk, it is likely that a far wider spectrum of the public will be involved in trying get an immediate solution.  Any solution will obviously be expensive, but the situation cannot any longer be ignored,” said Flynn.

In 2009, the Auditor-General estimated that the cost of AMD treatment would top R30bn.  However, said Flynn, the longer it takes for definitive action steps to commence, the more it will cost.

“The Group Five contact,” said Flynn, “is a temporary and partial solution.  South Africa needs a permanent and complete solution which involves not just the neutralization of AMD but also the removing of salts (sulphates) from the neutralized water.

According to Mariette Liefferink of the Federation for Sustainable Environment, “unless there is a desalination process by 2014/2015, the Vaal and Orange river systems would be so significantly harmed that the mining, agriculture and energy industries will suffer immensely”.