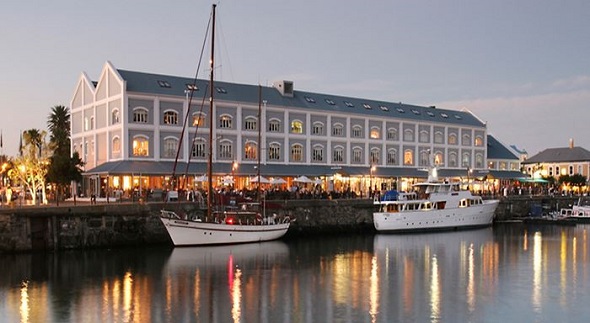 According to Newmark’s Sales and Marketing Manager, Lina Nel, hotels that qualify for the trophy must sell over 400 net room nights through the Expedia package path. The Victoria & Alfred Hotel sold an impressive 2 300 net room nights on stays from April 2012 to March 2013. This represents some 20% of total net room nights booked by Expedia at the property.

“Packages refer to guests that book their flights and hotel accommodation at the same time, as an Expedia vacation package,” stated Nel. She also noted that these guests tended to book further in advance, stayed longer and had lower cancellation rates, possibly a consequence of booking  flights at the same time.”

Inhabiting an historical warehouse and converted to a hotel in 1990, the Victoria & Alfred Hotel is a landmark on the waterfront. In 2012 it was named by the publication Travel & Leisure as one of the 15 most popular hotels in Africa and the Middle East.  It is one of the country’s most successful hotels in terms of room occupancy.

The Newmark group recently changed its name from Newmark Hotels to Newmark Hotels, Reserves & Lodges to reflect is growing membership which includes four Cape Town hotels, Coral Lodge 15.41 in Mozambique, and Motswari Private Game Reserve in the Timbavati. The group’s forte lies in identifying unique attributes of each property, devising a bespoke management model and then bringing it to the attention of the marketplace.