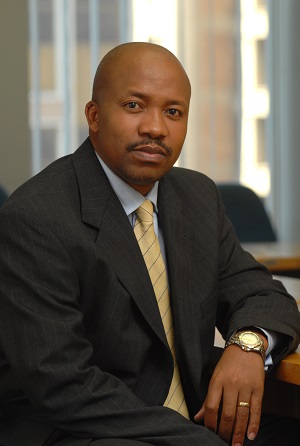 Mr Mnyani faces the formidable task of taking forward this State organ that aims to be a world-class homebuilders’ warranty organisation, ensuring the delivery of sustainable quality homes.

Neil Gopal, CEO of SAPOA says: “It is our earnest wish that Mr Mnyani’s tenure at the helm of the NHBRC will usher in a new dawn of innovation, inclusivity, efficiency and development of the homebuilding industry.”

He adds: “We have no doubt that Mr Mnyani’s professional experience as the former Head of Department for Local Government and Housing in Gauteng, will promote and stimulate the inclusionary holistic vision that organs of State must embrace with other functionaries and State policies to ensure progress and effectiveness.”

The CEOs of SAPOA and the NHBRC met during April 2013 and there is a commitment to ensure that policy and operational issues pertaining to the NHBRC remain part of strategic conversations between the two entities.

“It’s no easy task that Mr Mnyani has embarked on and SAPOA wishes him the very best,” says Gopal. “We intend to remain vigilant and it is our hope to witness an institution committed to serving the homebuilding sector and not only the housing consumer.”

“Engaging with stakeholders in the built environment and tackling issues of common interest is critical for the growth of the industry. We also welcome feedback from stakeholders so that we can also improve how we, as the NBHRC render our services as we fulfil our mandate as the regulator of the home builders and protector of housing consumers. We have created a platform for such feedback and interaction through the establishment of the Industry Advisory Committee at which various industry representative bodies, including SAPOA, are represented. We have also increased avenues for engaging with stakeholders – they can follow us through social media – Twitter @NHBRC and http://www.facebook.com/NHBRCSA,” says NHBRC CEO Mongezi Mnyani.

The objectives and ideals of both the private and public sectors are often divergent. Business has its sights set on profitability, growth and sustainability. On the other hand, NHBRC has the legislative duty of regulating the home building industry to avoid incidence of shoddy workmanship from builders and, ultimately, to protect homeowners.

“While the ideals of both sectors may sometimes be poles apart, there’s common ground in our need for social and economic stability and growth within the economic cycle,” says Gopal.

SAPOA’s view is that the homebuilder or developer can’t be excluded from strategic conversations meant to improve the sector.

“As municipalities grow and spatial planning and development becomes key within the National Development Plan, the developer’s voice must also be heard,” says Gopal. “We appreciate the strategic conversations from late 2011 to 2013 with the former Acting CEO, Dr Jeffrey Mahachi, when SAPOA raised concerns about the premium income in the past two years. It is our hope that interventions will be put in place to curb what appears to be investment income being used for the purpose of covering operational costs.”