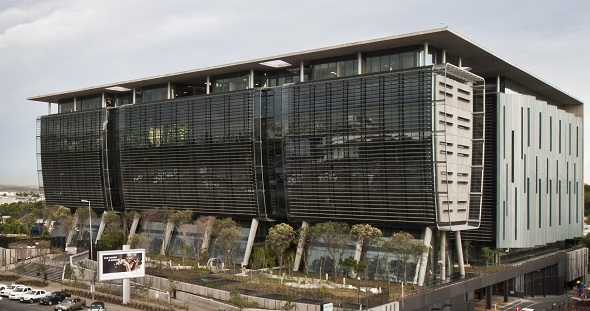 In a showcase of outstanding property development, SAPOA announced the top performers in a dozen categories at its annual award ceremony, as well as the overall award clinched by Alexander Forbes. It revealed the winners at the 45th annual SAPOA International Property Convention & Exhibition.

“The winners highlight excellence in design and innovation. They meet today’s challenges and tomorrow’s needs, and reflect the cutting-edge of design in South Africa and globally,” says Neil Gopal, CEO of SAPOA. “Besides the quality and originality, it is pleasing to see such strong emphasis on the environment in the designs submitted in this year’s record number of entries.”

The award winners were decided by a multi-disciplinary expert panel of judges comprising leaders in their fields.

SAPOA Awards Committee Chairman Pieter Engelbrecht notes: “We’re delighted at the keen and growing response from the property sector. This year we received a very positive response, which shows the esteem in which the awards are held.”

Engelbrecht adds: “The awards highlight property development that is world-class and locally relevant. They encourage a built environment that works on all levels.”

Besides being the overall winner, Alexander Forbes headquarters also won in the corporate office developments category. Owned and developed by Zenprop and designed by Paragon Architects, Alexander Forbes is an iconic GBCSA Four Star Green Star rated building opposite the Sandton Gautrain station. With 2,400 employees using this building every day, it is thoughtfully designed for transparency and a healthy, stimulating working environment. The Winning the commercial office developments category was Sage VIP, developed and owned by Menlyn Maine Investment Holdings and designed by Boogertman + Partners Architects. With a GBCSA Four Star Green Star design rating, and an equal number of green stars expected for its ‘As-built’ rating, sustainability and green design principals were integral for this building, which features a green roof for urban agriculture and social interaction.

Earning top spot in the industrial developments category is Ellerines Port Elizabeth. This high-tech distribution facility is owned and developed by Growthpoint Properties and designed by Loudon Perry Anderson Architects. The innovative project is the second time that this winning team has clinched the industrial development award. In 2012 it won the category with Ellerines distribution facility in the Western Cape.

The Maslow Hotel, developed by Sun International and designed by Dakota Architecture, took top honours in the refurbishment developments category. As Sun International’s first venture into business hotels, it undertook a nine-month long refurbishment of the five-storey hotel, formerly the Grayston Hotel, in the heart of Sandton’s business district.

University of Pretoria Engineering III and Aula scooped the award for mixed-use developments. Developed by the university and designed by ARC Architectural Consultants (Pretoria), the redesign of this sub-campus included a new entrance, parking, auditoria seating 1,800 students, high tech research laboratories and the upgrade of the main campus theatre, Aula.

While there was no winner in the ‘Other developments’ category, Thuto Building developed by University of Pretoria to provide four 600-seat lecture halls on its Hatfield Campus was given a special mention, merit award.

Taking the winning title in the heritage developments category is Freedom Park Phase II, developed by Freedom Park and Office of Collaborative Architects, a joint venture of Gapp Architects and Urban Designers, Mashabane Rose Associates and MMA Architects.  Freedom Park is a memorial and monument narrating the story of South Africa spanning a period of 3.6 billion years and includes a Garden of Remembrance to acknowledge those that contributed to the freedom of the country.

Waterfall Valley Mature Lifestyle Estate triumphed in the residential developments group. Owned and developed by Century Property Developments, this is the final phase in the Waterfall Hills retirement estate, situated between Kyalami and Sandton in the prestigious Waterfalls community.

Growthpoint Properties’ Lakeside Office Park in Centurion won the overall green award with its design by AMA architects. The building is designed for a GBCSA Four Star Green Star rating. The striking refurbishment not only gave new life to a tired building transforming it into modern A-grade office space, but embodies the principles of environmental preservation and liveability.