Achieving consistent growth in spend and a devoted shopper base, Nicolway Bryanston Shopping Centre has made its first year of trade, and its unusual concept, a success story. 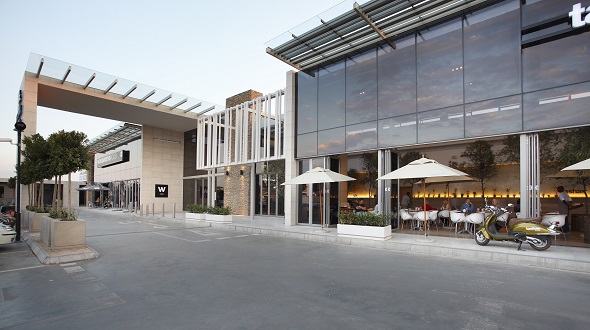 Nicolway Bryanston is one of South Africa’s only food driven shopping centres, with anchor tenants Woolworths, Checkers and Food Lover’s Market. Most shopping centres are led by fashion or department store retailers.

In its first year since opening on 26 April 2012, Nicolway Bryanston has notched up nearly four million shopping trips.

Being different has paid off in spades reports Nicolway Bryanston’s Centre Manager Jandemie Olwage. “The centre offers an unusual concept, and a successful one. In only a year since opening we have established a dedicated and growing shopper base with on average 400,000 shopping trips every month and spend per basket that is consistently increasing.”

The shoppers that frequent the mall represent a mixed profile, but they have one thing in common: they are very loyal and shop at the centre a few times a week. “All our food anchors are achieving good trade,” says Olwage. She adds there is still opportunity for growth.

Another unusual feature of the centre is its owner-operated restaurants. “Our restaurant owners are hands on and the excellent dining experience this creates has a strong appeal,” says Olwage. “We are very service oriented. We want people to have a great shopping experience. The customer loyalty Nicolway Bryanston has built up shows us that our shoppers value the retail and experience they get when they visit,” says Olwage.

She explains that as the centre gets to know its shoppers better, Nicolway Bryanston is adjusting its services to better suit their needs. For instance, it has changed its minimum shopping hours to 9am to 6pm from Monday to Saturday and 9am to 3pm on Sundays and public holidays.

Even its restaurants are ensuring they are open when customers want them to be. Tasha’s at Nicolway Bryanston recently upped its serving times from 6am to 10pm everyday except Sunday when opens from 7am to 9pm.

Four new tenant names in the centre’s 87 shops include: Lorna Jane which is already open. Envy Clothing, Precioux and Maneki will open on 1 June.

“The support Nicolway Bryanston has received from its community and shoppers shows positive growth,” says Olwage. “It has been a great first year and we look forward to many more.”