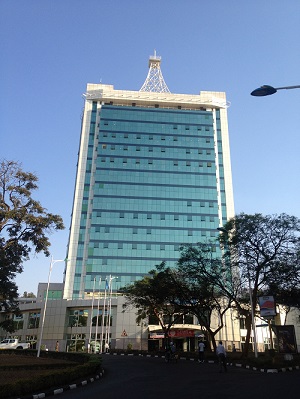 Broll began the year with offices in five African countries: its South African headquarters, Ghana, Malawi, Namibia and Nigeria. This year, Broll has opened offices servicing Mauritius, Madagascar, Seychelles and Rwanda. It will also open an office in Kenya before the end of the year.

Malcolm Horne, CEO of Broll, says: “There’s been a positive shift in investors’ attitudes to the fortunes of the African continent. More and more multinational companies are tapping into sub-Saharan Africa’s fast-growing consumer markets and Broll is positioning itself as a service provider of choice operating across Sub-Saharan Africa.”

He adds: “The lack of a formalised approach to property management and maintenance in many African countries opened the door for Broll to replicate is South African offering elsewhere on the continent. With our new African offices, Broll will bring its specialised services and unique capabilities to these markets. With more multi-national companies interested in Africa, professional leasing and corporate real estate services are making inroads into previously undeveloped markets.”

Broll’s assets under management recently exceeded R60 billion, of which R12 billion is outside the borders of South Africa. The group now employs 1,182 people with more than 200 people in various African countries. Broll African business units all have their own core team situated in each country and operating separately from Broll South Africa.

Leonard Michau, Director responsible for Africa at Broll says: “The growth story of sub-Saharan Africa is a compelling one. Advancing infrastructure development, impressive demographics, the telecommunications revolution, improving political stability, sound macroeconomic policies and deregulating industries across the continent is all driving greater investment in Africa.”

In April 2013, Broll opened its Rwanda office in Kigali. Established as a joint venture with the Rwanda Social Security Board (RSSB), Broll Rwanda manages a property portfolio of some $50 million. RSSB provides a comprehensive social security system that gives retirement benefits to workers in the formal and informal sector.

“We’re impressed by the progressive attitude of the country and are proud to be associated with the RSSB,” says Horne.

Michau says: “Growing our African footprint and entering the Rwanda market was made easier by collaborating with a reputable partner, RSSB. We aim to grow this business and offer the same range of property services to the local market and international investors entering the market as we do in South Africa.”

South African expatriate Jonathan Hemp heads Broll Rwanda with the benefit of his seasoned 30 plus years of property sector experience.

Broll Indian Ocean opened in March this year with its base in Mauritius also covering the territories of Seychelles, Madagascar and Reunion Island. Michau confirms that Broll has its sights set on a future office in Madagascar.

Broll Indian Ocean is a joint venture with Broll and the management of respected local business Tinkler and Ramlackhan, a property valuations, advisory and broking firm with over 25 years experience.

Broll’s third new African office in 2013 will be its Kenya office, set to open in August in Nairobi.

“Kenya is the economic hub of East Africa. IT simply can’t be ignored. It has sound macroeconomic and political policy in place. Many corporate companies and organisations are locating their African head offices in Nairobi,” says Michau. “We’ve already got great relationships with several local clients through our South African business which provides advisory and broking services to the local market.”

Broll will heighten its service in the country by having presence on the ground and, in addition, identify opportunities grow its local client base.

At first, Broll will go it alone in Kenya. But, Michau confirms, it will consider partnership opportunities once it is open and has assessed the nuances of this market first-hand.

A South African expatriate has been appointed as MD of the Brolly Kenya who will bring his 25 years of property experience to the business. Broll Kenya will start with a focus on retail management, facilities management corporate real estate consultancy and broking, but will expand to offer a full range of property services.