Bentel Associates International (BAI) recently accepted the Five Star Asia Pacific Property award for Best Office Architecture for its Thane One project in Mumbai, India. With 429 awards presented to 260 companies from 23 countries in the region, it was the biggest International Property Awards regional event in the awards 19-year history. 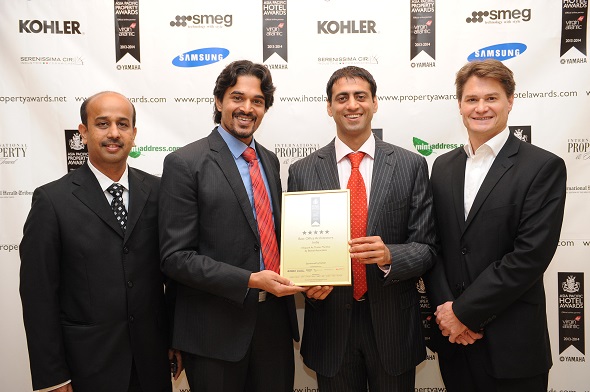 Speaking at the event, Jan Loubser, Director at Bentel, said it is a well-deserved recognition of the tremendous effort put into Thane One. “We thank Asia Pacific for this great honour which is a testament of Bentel’s credibility. This award has acted as a booster for the team and we will continue with the good work.”

The 5-star winners were placed under further examination and just one from each category, was selected to represent the Asia Pacific region in the 2013 International Property Awards. The regional winners, which were announced at the close of the awards gala, will go on to compete in the International Final ‘World’s Best’ Property Awards hosted in London this coming December.  They will compete against other regional winners from Africa, Arabia, Europe, UK and the Americas.