With reduced office rentals resulting from the recent economic downturn, corporates seeking appealing office space offering good value in the Johannesburg area are currently able to choose from a number of appealing options across a variety of desirable locations – at very competitive rentals, says Jonathan Klimek, leasing consultant for JHI Properties in Johannesburg.

“At present there are some very attractive buildings and rental rates on offer, with easy access to major routes, shopping facilities, sought after residential areas and numerous other amenities. These are situated in a variety of locations in areas such as Bryanston, Sunninghill, Rivonia, Fourways, Sandton and Craighall, with quality office space available in sizes ranging from 400-1000 square metres at competitive rentals of R75 to R80 or R85 per square metre, and up to approximately R110 in prime locations.”

Says Peter Collins, regional broker manager for JHI Properties in Gauteng: “Beset with high vacancies over the past few years on the back of over-supply, which has put pressure on rentals, Bryanston is experiencing renewed interest, with the opening of Nicolway Shopping Centre stimulating new development. Samsung’s new head office is currently being built on William Nicol Drive while the new Virgin Active on Main has anchored the node, bringing a welcome upturn in achieved rentals,” he says.

Klimek concurs: “Bryanston is definitely returning to favour and trading well once more, having seen areas such as Rosebank and Sandton come to the fore as a result of increased infrastructural development such as the Gautrain. Activity in Bryanston’s commercial property market has picked up, with the current competitive rates attracting corporates seeking not only good value but also an appealing and accessible location for premises – including a well appointed and conveniently located head office. Office vacancies in Bryanston have declined from September to December 2012, with A-Grade vacancies at 9.5 percent in Q4 of 2012 – down from 10.2 percent in Q3, while Premium or P-Grade vacancies remain 0 percent,” says Klimek.

He says in terms of office market trends in general, areas with the potential for positive growth include Kyalami and rapidly developing Waterfall Estate, particularly as the urban perimeters of Johannesburg and Pretoria move ever closer. Given the huge residential density in these two areas, it seems inevitable that this will give rise to a growing demand for office space, especially in the Kyalami area, as businesses seek to relocate closer to residential areas.

Adds Klimek: “In the same vein, infrastructural improvements such as those which seek to alleviate traffic congestion and increase accessibility and convenience provide benefits for office users. For example, the upgraded Allandale interchange provides an incentive for corporates to move to areas such as Waterfall Office Park. The relocation of various large corporates in the nearby vicinity adds to the appeal as many clients, suppliers and associated industries will look to be close to their business partners, thereby creating good demand for space in well-positioned areas,” he says.

In Waterfall Office Park, set in attractive, landscaped gardens which include water features, 2040 square metres of office space is immediately available and ideal for one tenant seeking a tranquil environment with an ‘away from the city’ ambience. Alternatively, says Klimek, the landlord will consider making it a multi-tenant building to accommodate smaller sized businesses, with an average pocket of about 500 square metres. The rental is attractive at R80 per square metre. 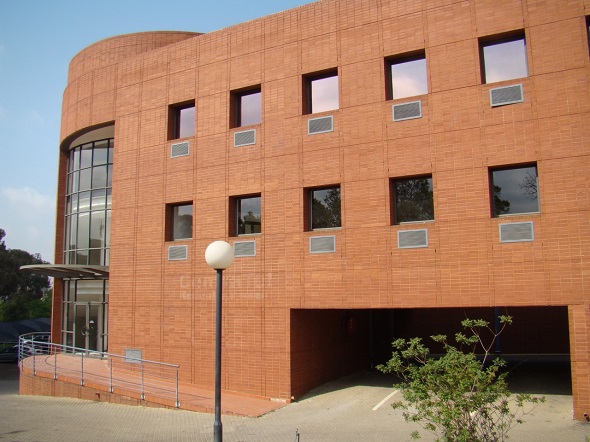 In Waterfall Office Park in Midrand, JHI Properties is marketing office space to let at an attractive rental of R80 per square metre.

Two newly renovated office blocks in the secure, well-established Kyalami Business Park in Midrand are immediately available, comprising 1369sqm and 1115sqm respectively, at very competitive rentals of R75 per square metre. Says Klimek: “In Sunninghill, an area which is experiencing increasing interest, an office block of 1888sqm is immediately available at a rental of R110 per square metre. This area is receiving increasing interest, with a number of corporate tenants having moved in, such as Netcare and iLab.”