The coastal town of Hermanus, capital of the Southern Cape’s “Whale Coast”, continues to attract a range of buyers seeking permanent, holiday or retirement homes.  Like many markets dominated by second homes, over the past few years the town has felt the pressure of prevailing challenging economic conditions.  Despite this, Pam Golding Properties (PGP) reports a notable upturn in residential property sales over the past financial year. 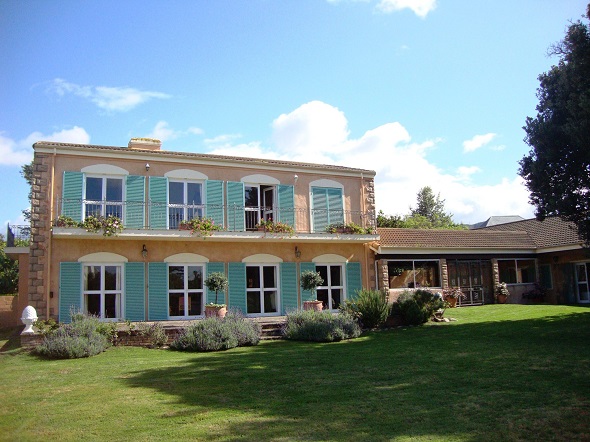 This well-maintained home in Eastcliff, Hermanus occupies a prime position close to the cliff path as well as the town centre. It is on the market exclusively through Pam Golding Properties, priced at R12 million.

PGP’s MD for the Boland and Overberg regions, Annien Borg, says the company’s residential sales in Hermanus during this period (March 2012 to February 2013) totalled over R140 million.  “That represents an increase of 26 percent year-on-year compared to the 2011/2012 financial year,” she says, “and it’s even more noteworthy when compared to the 2009/2010 financial year, against which it represents an increase of 94 percent.  Essentially, we have nearly doubled our sales in Hermanus over a three year period.”

Buyers over the past year (March 2012 to February 2013) were dominated by Western Cape and Gauteng residents, most of them purchasing for holiday use with the possibility of retiring to these homes at a later stage.  The bulk of sales occurred in the price category between R1 million and R3 million, which accounted for 55 percent of the total unit sales.  Borg says while the average price in Hermanus is typically around R1.5 million, PGP’s average for the year was R4.2 million.  “The figure is higher than expected due to several top-end deals which we concluded during the year,” she says, “with properties priced over R5 million accounting for 64 percent of the total value sold.  These included a six-bedroomed beachfront home in Voëlklip, which was sold in November 2012 for R19.5 million to a buyer from Stellenbosch.”

Borg says sales to foreign buyers have been muted over the past three years – but the company has seen an upturn in international enquiries over the past few months, especially during the festive season.  “We are receiving ongoing enquiries from potential buyers in the UK, Canada and Belgium,” she says, “including some top local executives who are currently working internationally.  Another key source of interest is South African expatriates who are currently living in the UK, but are planning to return home in the near future.”

There is currently a wealth of stock on offer in Hermanus, with more than 300 properties on the market, including everything from vacant land to apartments, small cottages, family homes and luxury mansions.  The most popular areas include beachfront suburbs like Voëlklip, Eastcliff and Kwaaiwater, as well as the secure Fernkloof Golf Estate and Hermanus Heights.  Borg notes that over-pricing remains a barrier to some sales, although many sellers have adjusted their expectations in line with market conditions.  “The bottom line is that homes that are well positioned and correctly priced are selling fast,” she says.  “There is a good supply of beachfront property, and this will always remain a good investment.  It’s also worth noting that we have several top-end buyers in the market who are biding their time and waiting for the right property to suit their needs.”

Entry-level prices in the town currently range from around R500 000 for vacant land or small apartments, to R1 million to R1.5 million for a small lock-up-and-go home in suburbs such as Westcliff.  A larger family home closer to the beachfront can cost around R3.5 million to R4 million, while luxury beachfront homes fetch anywhere from R15 million upwards.

The attractions of the area are plentiful, from pristine beaches and land-based whale-watching to a wealth of outdoor activities such as mountain-biking and hiking.  Top golf courses are within easy reach, including both Fernkloof and Arabella, while wine-lovers can enjoy tasting the fruits of the Hemel-en-Aarde Valley.  The town also has excellent infrastructure, including a hospital, numerous shopping centres, a Curro private school and a very highly rated government high school – the top matric in the Western Cape in 2012 (Nita Wiegman) attended Hermanus High School.  “Proximity to Cape Town and its international airport is another key feature attracting buyers,” says Borg, “as they can fly in from anywhere in the country and be settled in at their holiday home in under two hours.  This 120km distance to the city also makes it possible for businesspeople to commute between Hermanus and Cape Town, so it’s not surprising that the town’s permanent population is growing – Census 2011 indicates that more than 80 000 people now call Hermanus home.”

PGP’s Hermanus team currently includes two agents who know the area intimately.  They have recently moved into new premises on Main Road, adjacent to the new shopping centre where Woolworths is located.  To speak to them about property in Hermanus, contact Rose-Marie Marais (082 877 6160) and Paulette van den Bosch (082 349 8265) or contact their office on hermanus@pamgolding.co.za.  PGP’s MD for the Boland and Overberg regions, Annien Borg, can be reached at annien.borg@pamgolding.co.za.