For at least 18 months, property trend watchers have been saying that the Cape West Coast, which was so badly knocked by the recession, is absolutely certain to experience an exciting revival.

The latest sales figures from the Rawson Property Group’s franchises in Melkbosstrand and Yzerfontein indicate that this upturn is now a reality – and already, in fact, a fait accomplis – and that prices are now rising in a way not seen in five or six years. 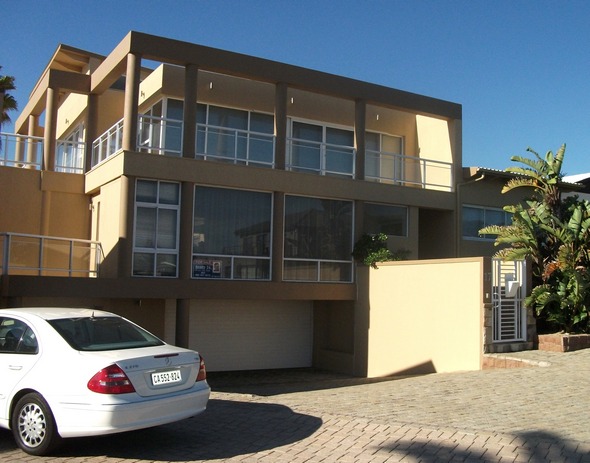 Sited at van Riebeeckstrand is this ultra-modern and luxurious home now for sale at R6,4 million. This home has four bedrooms, three bathrooms, three reception areas, a wine cellar and garaging for three cars. It also has a very attractive swimming pool.

David Evans, co-franchisee for the franchises mentioned (with his wife Anne-Marie), said that in Melkbosstrand his four agent team is now selling five to six properties per month, on average. Furthermore, in just one year, the average sales price of houses handled by this team has risen from R1,4 million to R1,53 million and the turnover of the franchise has in one year risen by 30% compared to the previous year.

“Any accurately priced home here now sells in under one month and we had one recently, which eventually sold for R1,795,000, on which three genuine offers were taken,” said Evans.

Particularly exciting, he added, is the big upswing in Duynefontein.  Here, although the houses are relatively large (usually in excess of 150 m2 of floor area) and exceptionally well built, the perception that they had initially been subsidized and were primarily for the Eskom employees of the Koeberg Power Station, kept prices artificially low for many years.

That is now no longer the case, said Evans. Houses which sold from R1,5 million to R1,6 million a year ago are now priced at R1,8 million or more. All, in his view, are excellent value because not only, as mentioned, are their floor areas big but so are their plots, 800 to 1,000 m2 being the typical size.

Melkbosstrand prices, Evans reminded potential buyers, always benefit from the village being capable of only very limited further expansion – there is almost no new ground left available for development – and with nature reserves on both sides (north and south) this will continue to be the case.

For the record, however, it is still possible to buy at this very attractive village with its rural fishing village atmosphere for as little R900,000 (for a freestanding home in a security complex) or to go wholly upmarket and purchase a sea-facing home for R6 million or more. The Rawson Property Group currently has a single storey, sea facing home on the market for R10 million.

The story at Yzerfontein is much the same. Here, year-on-year, the average prices have risen from just over R1 million to just over R1,3 million – an almost incredible 30% upswing.

“Our experience,” said Evans, “is that Yzerfontein always serves as a barometer with which to predict West Coast property trends. When conditions on the West Coast are tough, Yzerfontein prices plummet. Conversely, when they are improving, Yzerfontein is the first precinct to respond and it usually does so very dramatically, as the figures show only too well.”

Evans pointed out, too, that many sites, even those 500 m or 600 m back from the coastline, do have views of the sea. The reason for this is that the terrain is undulating and hilly and this results in very few view lines being blocked.

To a greater degree even than Melkbosstrand, said Evens, Yzerfontein benefits from having a very low crime rate. Both areas, he predicts with complete confidence, will see on-going price rises in the year ahead – probably at 8% in Melkbosstrand and at least 12% in Yzerfontein.