By November 2013, the fast-growing community of Tembisa in the East Rand will enjoy convenient access to a host of national stores and local retailers, thanks to the development of the Tembisa MegaMart, for which Nedbank is providing R238 million funding. 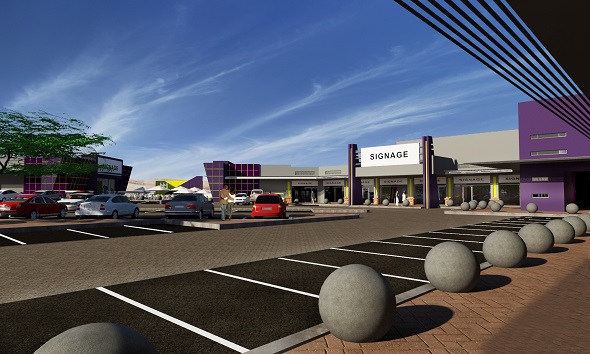 The finance deal was initially concluded between Nedbank Corporate Property Finance and the developers, Enigma Property, for the development of the 14,600m² MegaMart in Tembisa.

According to Ken Reynolds, Nedbank Corporate Property Finance’s regional executive for Gauteng, Nedbank’s involvement in funding the transaction demonstrates its confidence in the viability of the development and is in line with the bank’s long-term relationship driven business model.

“As a property finance business built on sustainable client relationships rather than individual project considerations, and one that understands the nuances of the property industry, we are able to structure deals such as these which are not straight-forward. We were particularly interested in being involved in this deal given the solid experience, impressive track records and well-established portfolios of both the Enigma and Dipula management teams,” he says.

Reynolds also points to the clear success potential of the new Tembisa MegaMart as further motivation for Nedbank’s approval of the funding.

“The location of the new MegaMart puts it in the middle of a fast-developing industrial and residential area in Tembisa and an independent demographic study revealed space demand in excess of 85 000m² of retail in Tembisa, which means this new MegaMart is likely to be very well supported from the outset.”

But according to Reynolds, Nedbank’s approval of the necessary finance for Tembisa MegaMart goes beyond mere financial considerations. It also aligns with the financial institution’s commitment to supporting commercial property development that is able to add sustainable value to the lives of South African families.

“While our lending criteria obviously focus heavily on financial viability and effective risk management, the decisions we reach also have a strong social sustainability component and the proposed Tembisa MegaMart meets these criteria by bringing leading retail outlets within easy and convenient reach of members of local communities – many of whom would otherwise face difficult and expensive transport challenges when doing their shopping,” says Reynolds.

The proposed retail mix for the new mall is set to comprise of at least 80% national tenants and franchises and the centre will be anchored by Pick ‘n Pay.