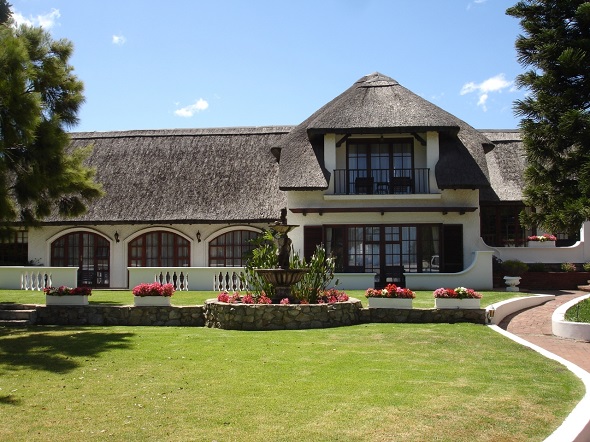 Whale Rock Lodge in Hermanus in the Western Cape.

With South Africa proving an increasingly attractive international tourism destination, reflecting a 10.4 percent increase in foreign visitors for January to October 2012 over the same period in 2011, the outlook for the prime tourism locations in the Western Cape is positive, reports Peter Bruil, MD of Pam Golding Lodges and Guesthouses (PGLAG), a subsidiary of Pam Golding Hospitality.

“Recent STR reports reveal that for the 12 months ended 31 December 2012, RevPAR (revenue per available room, in rands) in South Africa grew by 10.5 percent compared to the same period in 2011. The same report showed that RevPAR over this same time frame increased by 9.4 percent in the Western Cape and 14.5 percent on the Garden Route,” says Bruil.

“Market activity in the guesthouse and boutique hotel market indicates growing interest in this region. Capitalising on a positive year in 2012, with an increase in international and local visitors coupled with increased sales by PGLAG, among a number of other transactions concluded recently we sold two sizeable 4-Star guesthouses – Albourne Guesthouse in the Cape Winelands town of Somerset West and Whale Rock Lodge in Hermanus, ‘whale viewing capital of the world’. The combined value of these two sales is close to R17 million. Interestingly, each property has been trading for almost 20 years, being one of the first guesthouses in their respective towns.”

Bruil says it is notable that the purchasers of these prime located establishments are overseas investors who already had a presence in South Africa. The new owners of Whale Rock Lodge, Dave and Anouk Bakker, were already the proud owners of WedgeView country House & Spa in Stellenbosch, which they also acquired through PGLAG at the beginning of 2007.  Albourne Guesthouse has been acquired by the Korevest Leisure Management Group, a specialist investment company which helps build sustainable small and medium sized leisure and hospitality businesses in emerging markets.

“With its attractive Cape Dutch facade and set within a large, tranquil garden, Albourne Guesthouse has always proven a favourite among a very loyal clientele, which also applies to Whale Rock Lodge, which resembles an English thatched roof country house. Both properties have quite a few aspects in common – in excess of 10 rooms, of a 4-Star standard and set on very spacious grounds, and each has tremendous potential. They both cater predominantly for the overseas tourist in high season, servicing mainly markets from the UK, Germany and the Benelux countries (Belgium, The Netherlands and Luxembourg), while in low season they attract mostly South African corporate travellers.

“Running very successfully for close to two decades, the guesthouses needed refurbishment and a fresh look. This is where the discerning buyers identified an opportunity to add value to the properties by investing a limited amount of additional capital. Conservative calculations allowing for increased room occupancies and room rates show a very attractive yield on the investment over the medium to long term,” says Bruil.

“The purchase process for each guesthouse transaction was relatively quick as there was no need for bank finance. Obtaining bank finance can be a stumbling block for investors, and often places a buyer in a weaker negotiating position in comparison with cash buyers.”

Bruil says in both transactions the staff complement has been retained and it is anticipated that additional staff will be recruited in the near future. Both buyers decided to invest additional capital as part of their expansion strategy, which is a major vote of confidence in South Africa’s hospitality industry as a desirable investment destination.

A former national cricket captain for Holland, Dave Bakker had visited South Africa previously and fell in love with the country. Having acquired WedgeView Country House & Spa in the Cape Winelands the Bakkers felt it was now time to expand the business. Korevest was founded by Tin Korver, who relocated to South Africa 18 years ago and is based in Cape Town.

Adds Bruil: “Foreign interest in guest houses and boutique hotels in South Africa is increasing when compared to a year ago. In addition to the healthy growth in revenue during 2012, confidence has been boosted by the rand exchange rate, which makes South Africa some 20 percent more affordable as a tourist destination than a year ago.

“We are currently in an advanced stage of negotiation with a number of overseas buyers, including clients from Korea, Thailand, Germany, Switzerland, The Netherlands and England, and have a selected number of quality investment opportunities available.”

Scenic Somerset West is extremely popular among ‘swallows’, mainly European retirees and holidaymakers who stay for approximately three to four months of the year, making the town their base from which to explore the Cape. The town attracts very high occupancies from September/October through to April.  With its fisherman’s village charm, the thriving holiday resort of Hermanus has a six week longer season as the whales frequent the bay from as early as July/August.

For further information contact Pam Golding Lodges and Guesthouses on 021 8525155 or email peter.bruil@pamgolding.co.za.