Outlying towns in the Eastern Cape such as Sterkspruit – situated just before the Lesotho border, and Mthatha and Tsolo in what was formerly known as the Transkei, are experiencing an increased demand for retail space, reports Amanda De Lange, portfolio manager of JHI Properties, based in Port Elizabeth. JHI operates in the area along the Eastern Cape from Mthatha through to East London, King Williamstown, Sterkspruit and Queenstown. 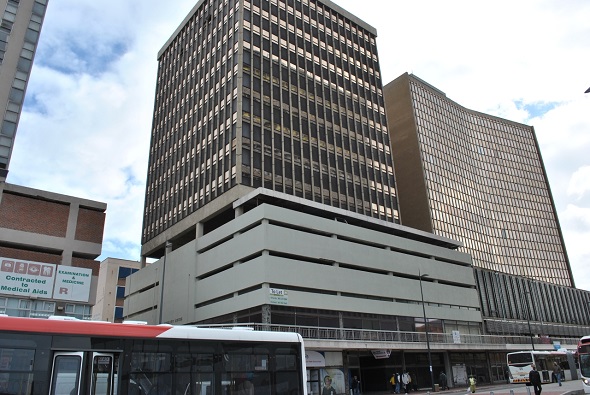 Fidelity Centre in Port Elizabeth. This property is managed by JHI Properties on behalf of Arrowhead Property Fund

“Currently we are receiving a high number of enquiries for retail space in Sterkspruit and Mthatha, mainly as a result of a pent-up demand as well as growing passing trade. It also appears that national retailers, who may perhaps have saturated the market in major centres, are now looking at outlying areas with potential,” says De Lange.

Adds De Lange: “From our East London office we manage a number of other retail shopping centres in the region on behalf of a number of property funds. These properties include Circus Triangle Shopping Centre in Mthatha, which is currently undergoing redevelopment and extension, with phase one of the project adding approximately 8 000 square metres to the centre. Other retail centres managed from East London are City Centre – also in Mthatha and which includes an office component, Ziyabuya Shopping Centre in Port Elizabeth, Equinox Mall in Jeffreys Bay, Market Square in Grahamstown, and Queenstown Mall and Peoples Place in Queenstown.”

With further offices in Port Elizabeth and Mthatha, over the years JHI has significantly expanded its footprint in the Eastern Cape region with a sizeable portfolio of office and retail properties managed on behalf of property funds which include Capital, Fortress, Resilient, Vukile, Dipula, Arrowhead, Matlotlo, Khula, Intaba Investments and Nvest Properties.

Says De Lange: “In the Port Elizabeth area we are currently seeing more positive economic sentiment. In Fidelity Centre in the CBD we recently concluded a three year office lease on behalf of the local municipality. Managed by JHI, this building is now fully let, with 80 percent of space occupied by the municipality, who relocated from separate locations to be under one roof in a convenient, central location.

“Generally, we are experiencing a very low vacancy rate in retail space in Port Elizabeth, including the Gelvandale and Kwamagxaki shopping centres which are also managed by JHI. In the industrial property sector in Port Elizabeth we recently sold a 14 509 square metre property to the existing tenant. And, as part of the Matlotlo Property Fund portfolio, JHI was recently awarded the management contract for three office buildings in Queenstown, Mthatha and Butterworth.

De Lange says there is no doubt that Coega is attracting business to the Eastern Cape region. Famous Brands are in the process of developing some 4000 square metres at Coega, while FAW Trucks are establishing a manufacturing operation.

“In East London we are experiencing a demand for retail space in strip malls in the CBD,” adds De Lange. “Currently we have 700sqm of B grade office space available at a market related rental of R75 per square metre per month in the well-maintained, prime located Perm building in Oxford Street.”

She says trends noted in the East London market include a current higher demand for retail rather than office accommodation. “There is an increase in small business development and incoming entrepreneurs seeking retail space, while national retailers are tending to seek smaller space than previously.

“At present there are opportunities to lease space at very competitive rentals in conveniently situated locations. While purpose-built premises may be best for operational requirements and more cost effective to run, the capital outlay involved can be prohibitive. In addition, vacant land which is available for such development is usually located out of town and further from national and main roads.

“Conversely, premises which are available to rent are usually more centrally situated and while large units are perhaps scarcer than smaller units, the rental rate is certainly more cost effective than building. This is combined with the advantage of repairs and property rates remaining the responsibility of the landlord,” says De Lange.

Also in the Eastern Cape, in Buffalo Road on the outskirts of King Williams Town and about half an hour from East London, a 1444 square metre property ideal for a local manufacturer or warehousing operation has become available at a rental of R25 per square metre. Originally warehousing converted to offices for the Department of Education – which has relocated to a new government-owned building – the property can easily be converted back to warehousing. Also available to let is 132 square metres of office space in Queenstown – very suitable for a doctor’s rooms as it is adjacent to a pharmacy within the same building. The rental rate is R85 per square metre.