It’s a fact of life that disputes have the potential to cause damage to finances, reputations and relationships, and resolving them as quickly and cost effectively as possible is increasingly important to individuals and the business sector, said Dr John Fletcher, head of Dispute Resolution Services of the Royal Institution of Chartered Surveyors (RICS). 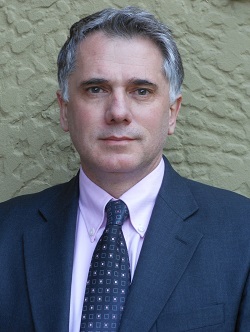 Currently in South Africa, Dr Fletcher addressed the annual conference of the South African Council for Project and Construction Management Professions in Johannesburg on 11 April 2013.

“When it comes to disputes in the built environment, these are often very complicated and involve issues at multiple levels which would take an enormous amount of time and money to resolve in the courts or through arbitration. The growing international trend is to use adjudication, which provides quick interim decisions which resolve the problems in the majority of cases – or in countries where that is not available, by using a built environment expert to evaluate the situation or to provide expert and robust mediation,” he said.

Dr Fletcher said the key is to achieve a commercially sensible outcome quickly, avoiding time wastage on irrelevant matters or ending up in lengthy and costly litigation.

RICS provides the world’s leading professional qualification in the land, property and construction industries. “We adopt a pragmatic dispute resolution process which is aimed at reaching rapid, practical solutions which make commercial sense.  Apart from setting and regulating the highest standard of competence and integrity among its members, the organisation provides impartial, authoritative advice on key issues for business, society and governments worldwide,” he says.

Currently RICS is working on establishing an alternative dispute resolution operation in South Africa, and in response to the South African government’s proposed mandatory court mediation scheme, RICS has launched an internationally accredited mediation training programme specifically designed for professionals working in the built and other environments. Successful graduates will then be eligible to apply for a place on the South African RICS President’s Panel of mediators.

Dr Fletcher outlined a relevant case where a South African couple invested their life savings in a three bedroom duplex in a luxury townhouse on the coast. They bought off-plan after lengthy consultations with the developer’s agent and in-house architect during which they decided on the décor, granite kitchen worktops and some minor alterations to the layout of the staircase, main bedroom en-suite and the patio area.

The duplex is now nearing completion but the agreed changes have not been made to the layout of the stairs (which means that the owners will battle to install a chair lift if they ever need one), the toilet has not been repositioned as agreed with the developer’s architect and the kitchen has laminate as opposed to granite worktops. There is also a major problem with the retaining walls outside, one of which collapsed during recent floods and most of the top soil and recently seeded lawn has washed away.

Said Fletcher: “Furthermore, the builders have left the development, claiming they have not been paid by the developer. The developer appears to be in financial difficulties, the site office is manned by a university student working during the vacation, while the architect has relocated to Australia. The construction company says they built according to the plans they were given and blame the architect/developer for not telling them about the changes and the developer says the opposite. The builders also say the changes were impractical in any event and one in fact involved building over a drain, which is illegal. The floods were nature taking its course.

“So what are the couple’s options? They could go to court, however the process would take years. The developer could go into liquidation which means they would recover nothing anyway, they are not even sure who to sue and they have spent all their savings on the house and cannot afford sizeable legal fees. They are concerned regarding reports about delays in the courts and the fact that the matter involves technical aspects in regard to building requirements, with which a judge may not be familiar.

“They could go to arbitration, but have heard that this can be even more expensive than going to court as they would have to pay the arbitrator’s fees as well as their lawyers, and the parties would all have to consent to go to arbitration, which there seems to be little chance of at the moment. They have heard about adjudication which is used extensively overseas in the built environment and which is a quick process conducted by an experienced construction expert, but this is not yet available in South Africa. So they appear to be stuck.”

Fletcher said traditional mediators would try to identify the interests and needs of all the parties and move them forward to a solution which is acceptable to all. “This is all well and good, and mediators trained by RICS do the same, but in addition they use their expert built environment skills to make sure that the parties come out of the mediation with a very clear idea of what would happen to them if they fail to settle and go to court or arbitration.”

Commenting on the current situation in South Africa Fletcher said: “The South African Department of Justice is changing the High Court rules to put increasing pressure on parties to go to mediation. Over the last two years RICS has created a panel of internationally accredited built environment mediators who are trained to provide the robust form of dispute settlement best suited to the property and construction sectors. We are now ready to provide the service to the built environment sector in South Africa that the changes to the law envisage.”

For further information contact Alexandra de Beer of RICS South Africa on 021 9755537 or 076 487 2568 or email adebeer@rics.org or email Dr John Fletcher on jfletcher@rics.org.